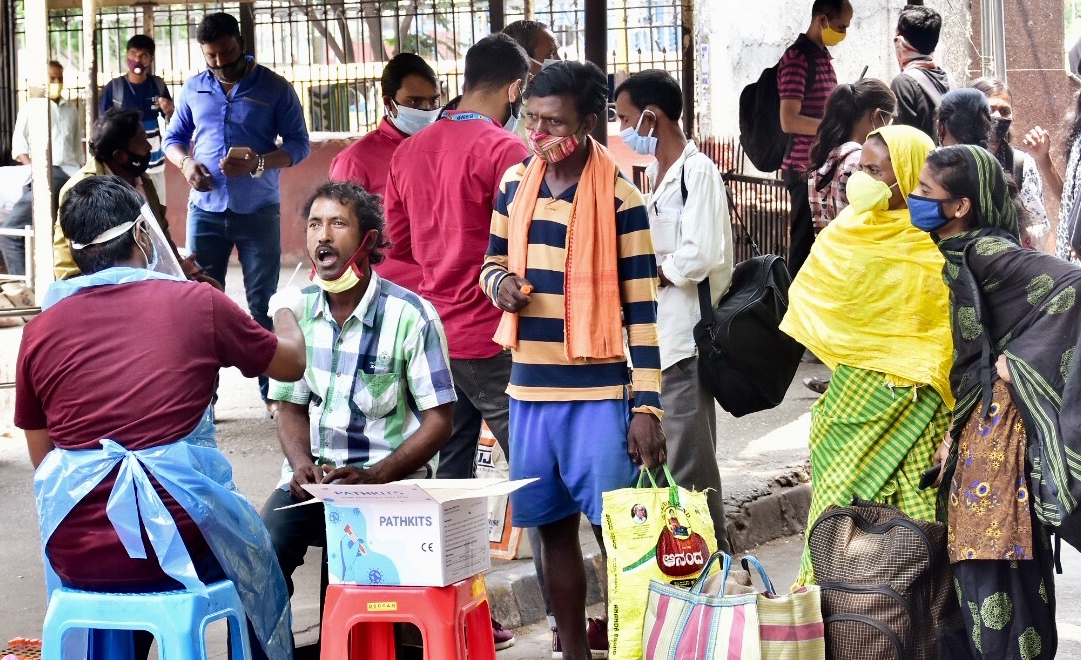 People being tested for Covid in West Bengal. | (ANI Photo)

In view of rising coronavirus cases, weekly positivity rates and decreasing testing figures in Assam and West Bengal, the Centre has asked the state governments to undertake a review of these parameters while stressing on strict enforcement of Covid-appropriate behaviour.

In a letter to chief secretaries of Assam and West Bengal on October 26, Additional Secretary in the Union Health Ministry, Arti Ahuja, highlighted the increase in weekly new Covid cases since the past week (October 20-26) and early signs of rise in positivity since the last four weeks till October 25.

"The state has also witnessed decline in tests conducted from 1,64,071 in the week of September 28-October 4 to 1,27,048 in the week of October 19-25. Because of the rising positivity, the state needs to conduct enhanced testing while maintaining the required RT-PCR share, as it will aid in early identification of infection in the state," he said.

Two districts of Assam — Barpeta and Kamrup Metro — the additional secretary said have been identified as districts of concern due to high quantum af Covid cases and weekly positivity.

Similarly, in West Bengal, she said two districts -- Kolkata and Howrah -- have been identified as districts of concern due to high quantum of cases and positivity.

It has been observed that Covid cases surge exponentially where basic public health strategy (testing, tracking, treatment, Covid-appropriate behaviour and vaccination) is not followed rigorously, she said in the letter.