HomeIndiaReports of dengue outbreaks in Delhi, Haryana, Uttar Pradesh and 3 other states: Centre

Reports of dengue outbreaks in Delhi, Haryana, Uttar Pradesh and 3 other states: Centre

While cases of dengue are being largely reported in various states of the country, today Union Health Ministry said that the outbreak of the disease has been found in states of in Delhi, Haryana, West Bengal, UP, Gujarat and Assam. At a press briefing, Health Secretary Rajesh Bhushan explained, "When water is accumulated, it leads to birth of Aedes mosquitoes responsible for of dengue outbreaks."

He also said that source reduction is done in all states every year to avoid the disease.

Recently, Rajesh Bhushan, in a letter to all states and UTs, emphasised the acceleration of activities for prevention and control of vector-borne diseases such as dengue.

Several states in the country are grappling with an outbreak of dengue fever. However, Uttar Pradesh continues to remain the worst-affected state from dengue. On Wednesday, the northern state's Prayagraj district reported 97 cases of dengue, so far. Out of these 97 cases, around nine dengue patients were admitted to hospitals at present.

When water is accumulated, it leads to birth of Aedes mosquitoes responsible for of dengue outbreaks. Source reduction is done in all states every year. We've received reports of dengue outbreaks in Delhi, Haryana, West Bengal, UP, Gujarat and Assam: Health Secy Rajesh Bhushan pic.twitter.com/dYxiNVCXXO

As it is the post-monsoon season, other viral illnesses are also on the rise along with fear of Covid infection. Along with Covid infection which has badly affected it, Kerala has, so far, reported 68 cases of the Nipah virus. The neigbouring states are on alert and keeping a watch on those coming from Kerala.

The surge in dengue cases is majorly seen among children in Uttar Pradesh. In Firozabad, 60 children have died due to dengue, and 465 children are still admitted to the child ward of the medical college in the district.

In UP's Agra district, 35 people have been infected with dengue. While in Gorakhpur, six dengue cases have been confirmed.

Recently, ICMR Director-General Dr Balram Bhargava informed that a D2 strain of dengue, found in Mathura, Agra, and Firozabad districts, was fatal and might cause hemorrhaging.

Experts say that Dengue virus serotype 2 (DENV-2 or D2) is known to be the most virulent strain and can cause severity in disease. 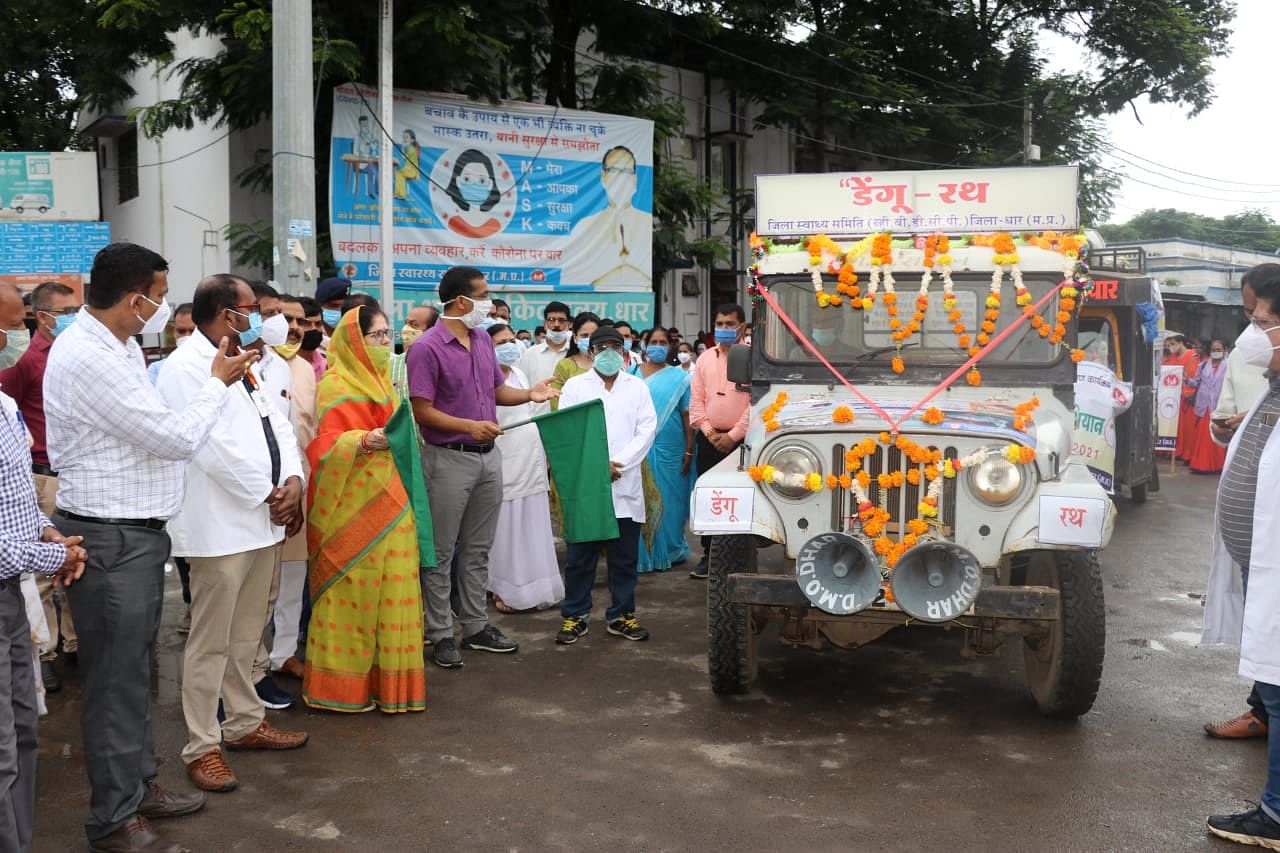