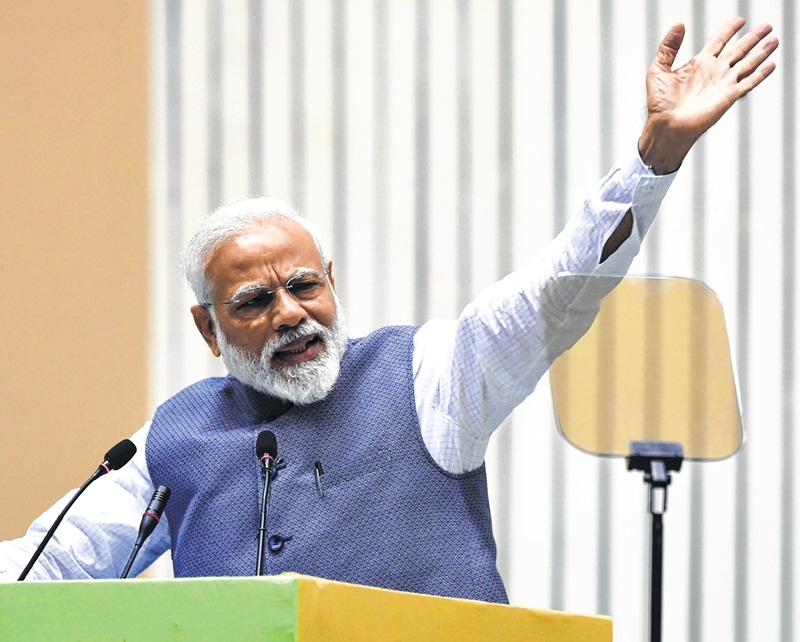 New Delhi: In an affront to the Election Commission, the Aam Aadmi Party (AAP) asked it to remove Prime Minister Modi’s pictures first widely in use for a “level playing field” before asking it to remove or cover those of Delhi Chief Minister Arvind Kejriwal.

In a written reply, AAP national spokesman Raghav Chadha has argued that Modi’s pictures are plastered across the city under various governmental and non-governmental pretexts and just be subject to the same standards and regulations as being imposed in the Delhi chief minister.

Hoardings and banners containing Modi’s photographs have been removed from the petrol pumps, but there are any number of hoardings on bus stops and public places highlighting various welfare schemes of the Centre with his photo.