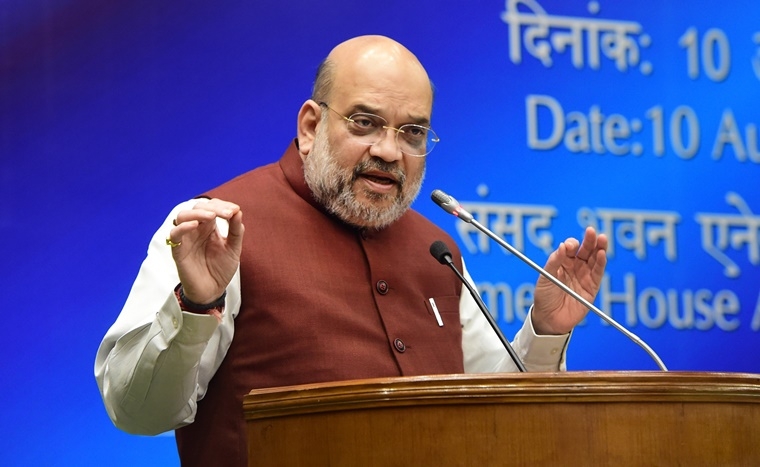 Union Home Minister Amit Shah on Tuesday said that the regional languages and Hindi had the biggest contribution during the freedom struggle.

His remarks came at the 36th meeting of the Committee of Parliament on Official Langauge on Tuesday. Amit Shah said that during the freedom movement, importance was given to Hindi and regional languages ​​by India's great freedom fighters and they were aware that English should not be dominant, that is why today all Indian languages ​​are rich.

"PM Modi has given respect to our official language by speaking in Hindi at various events and on international platforms. Under his leadership, work has begun to translate the curriculum of technical education and pharmaceutical education into the official language. It'll bring a change in the country," said Union Home Minister Shah.

The Committee of Parliament on Official Language is responsible to review the progress made in the use of Hindi for the official purpose of the Union. Information about the Committee, its organizational set-up, functions, etc. is given. Users can access details related to official language policy, constitutional provisions, resolution, rules, President's orders.