Ranthambore Tiger Park: T25 AKA Zalim, the loving adopter of orphans, passes away

The corpse of the 16-year-old tiger was found by a rescue team and according to forest officials, it is around 24 hours old. A post-mortem was conducted on the tiger and it was cremated by department officials.
Sangeeta Pranvendra Rajasthan: Ranthambore Tiger Reserve of Rajasthan lost yet another tiger. The corpse of male tiger T25 aka Zalim was found in the Taleda region by the forest department personnel on Monday.

The corpse of the 16 year old tiger was found by a rescue team and according to forest officials it is around 24 hours old. A post-mortem was conducted on the tiger and it was cremated by department officials. The death is being attributed to territorial fight, however the viscera samples of the tiger have been taken and sent to Bareli and Bharatpur for evaluation. The actual reasons for the death would then be ascertained. 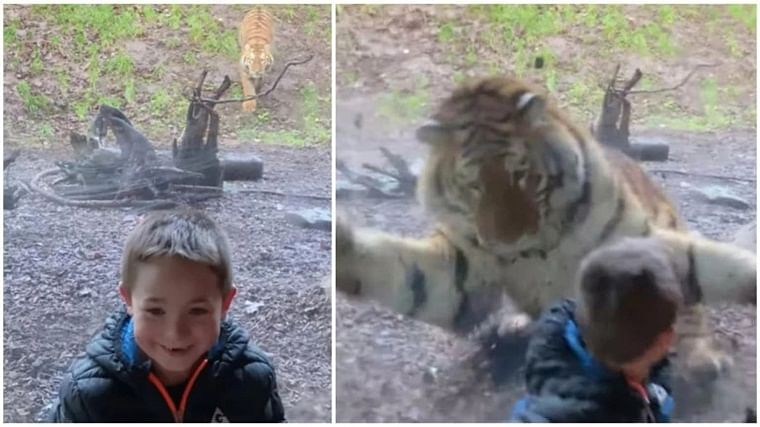 The tiger had been a paradox for wildlife enthusiasts and tiger experts alike. While the tiger is named Zalim meaning cruel, it has the distinction of being a special tiger that adopted two orphan cubs and taught them the ways of the jungle. He took care of them and taught them to hunt and fend for themselves in the forest. This is a characteristics that is most uncharacteristic of a tiger. The big cat is known for killing cubs even its own; thus Zalim being fatherly to orphan cubs has always been a source of amazement to wildlife lovers.

Chief Minister Ashok Gehlot also tweeted to express sorrow at the death of T25. “Sad news from the wild life that Ranthambore's famous tiger T25 is no more. It was a magnanimous tiger, who took care of two orphan cubs, displaying fatherly instincts in raising and protecting them to the surprise of conservationists. T25 will be missed.”