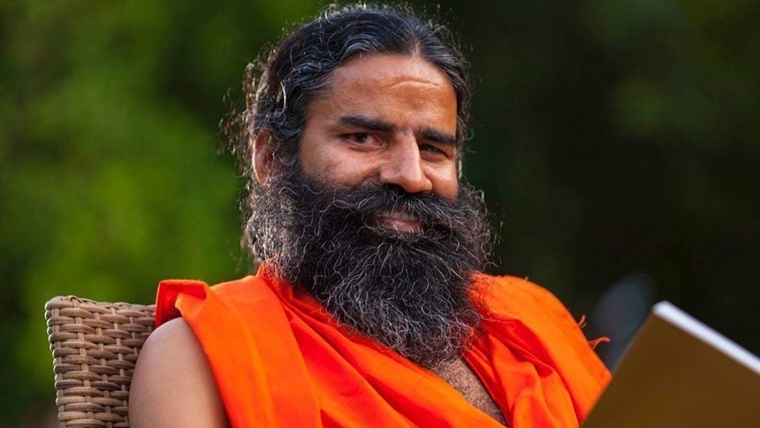 Dehradun: Yoga guru Ramdev, who had said he does not need the Covid vaccine as he has protection of yoga and ayurveda, on Thursday did a summersault, saying he will soon get the jab and described doctors as "God's envoys on earth". Ramdev had earlier stirred a controversy with his comments on the efficacy of allopathic drugs against COVID-19, drawing the ire of the medical fraternity. Now, welcoming Prime Minister Narendra Modi's announcement about free vaccine to all from June 21, Ramdev described it as a "historic" step and appealed to all to get themselves vaccinated.

"Get both doses of the vaccine and the double protection of yoga and ayurveda. They will combine to give you such a robust shield of protection that not a single person will die from Covid," he told reporters in Haridwar.

Asked when he will get the vaccine shot, the yoga guru said, "Very soon." Ramdev also heaped praise on good allopathic doctors, describing them as "God's envoys on earth". On the ongoing confrontation with the Indian Medical Association (IMA), Ramdev said he cannot have any animosity with any organisation. All he was against the exploitation of people in the name of medicines, he said.

Ramdev said Pradhan Mantri Jan Aushadhi Kendras had to be opened because of the tendency among many doctors to prescribe expensive medicines in place of generic drugs, which are much cheaper.

"I am not against any organisation. Good doctors are a real boon. They are God's envoys on earth. But individual doctors can do wrong things," he said.

He also said for emergency treatment and surgery, allopathy is the best.

"When it comes to emergency treatment and surgery, allopathy is the best. There cannot be two opinions about it," said the yoga guru who had caused so much anger among doctors by his recent remarks against allopathy. 'Addition of Coronil with allopathic drugs shall amount to mixopathy': Uttarakhand IMA raises...