Ram Temple an important issue but focus is on development: HM 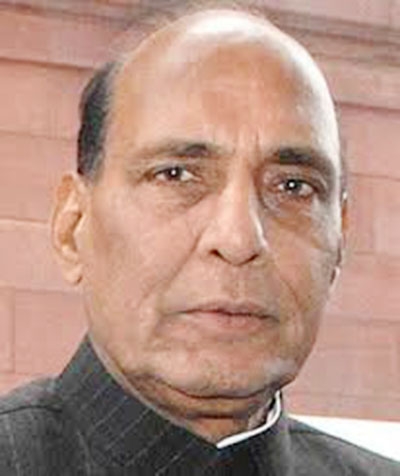 New Delhi : Home Minister Rajnath Singh on Friday acknowledged that building of Ram temple in Ayodhya is an important issue and the Government would welcome an out of court settlement but as such it was focused on development agenda.

At a press conference here to highlight NDA government’s achievements, he also asserted that he is a member of RSS.

“All issues are important. But we have to fix priorities. Now, we are working on the development agenda. As you are aware Ram temple is a sub judice issue. We have to wait for the court verdict. But the two communities may hold talks on the issue and can find a solution,” Singh said.

He was replying to a question on whether the Modi government has put the Ram temple and Article 370 (special status to Jammu and Kashmir) on the back burner.

The Home Minister, however, made it clear that currently no discussions were going on between the Hindus and Muslims to resolve the decades-old dispute.

“No talks as of now. If there is a middle path, nothing like that. But the matter is sub judice now,” he said. When asked about BJP President Amit Shah’s statement that the NDA government did not have the majority to act on issues like Article 370, which gives special status to Jammu and Kashmir, the Home Minister downplayed it saying “abhi abhi to sarkar bani hai (government has been just formed in the state).”