'Rajdeep Sardesai is a repeat offender, should have been sacked': Amit Malviya after India Today takes him off air for two weeks, docks one month's salary 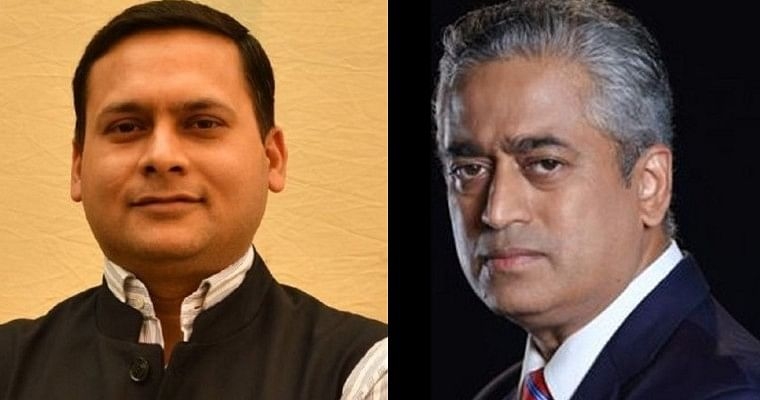 'Rajdeep Sardesai is a repeat offender, should have been sacked': Amit Malviya after India Today takes him off air for two weeks, docks one month's salary |

At a time when news anchors peddle fake WhatsApp messages and rumours as "news", without making any effort of verifying the facts which is a basic principle of journalism, India Today has now set a precedent.

India Today has taken its star anchor and consulting editor Rajdeep Sardesai off air for two weeks after misreporting on a farmer's death during the tractor rally on Republic Day. He has also been docked off one month's salary, reported Newslaundry.

As per the report, Sardesai had on January 26 incorrectly reported that Navreet Singh, a 27-year-old farmer, had been killed in police firing. He not only made the claim on Twitter but also repeated it on air.

"One person, 45 year old Navneet killed allegedly in police firing at ITO. Farmers tell me: the 'sacrifice' will not go in vain...#groundzero," he tweeted. However, the tweet was deleted later.

Besides, speaking to the channel's reporter, Sardesai had said: "There is the dead body, which was shown to me of an individual who is allegedly Navneet Singh, 24 years old, was reportedly driving the tractor, comes from Western UP, and because he has been shot in the head...suffered a bullet injury which has resulted in his death.“

The Delhi Police, however, was quick to issue a rebuttal and released a video footage of the tractor, reportedly being driven by Singh, ramming into police barricades. The tractor then turned turtle and the farmer who was driving it later succumbed to his injuries and was not shot by the cops, as Sardesai had claimed.

As per the postmortem report, Navreet Singh died of the antemortem injuries which he received after his tractor overturned. "The post-mortem report clarifies that he was not shot," Avinash Chandra, a senior UP police officer, was quoted as saying by news agency ANI.

Meanwhile, BJP IT cell chief Amit Malviya has slammed Rajdeep Sardesai. Taking to Twitter, he wrote: "He is a repeat offender, should have been sacked!"