Rajasthan: Vasundhara Raje loyalists get vocal again, demands to hand over the leadership to her

Notably, this is not the first time that Raje loyalists have raised such demand. The same demand was raised earlier this year after the party’s poor performance in last year’s local body elections.
Manish Godha 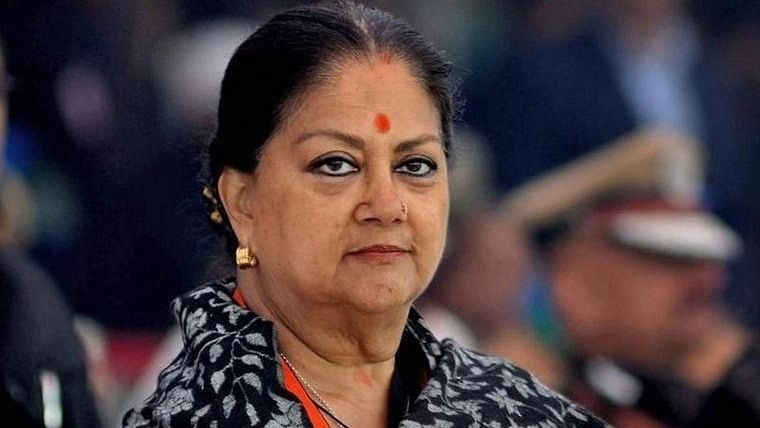 The side effects of a miserable defeat in recent by-polls have started to reflect in Rajasthan Bjp as the Ex-CM Vasundhara Raje loyalists are getting vocal again against the party’s state leadership. Former MLA Bhawani Singh Rajawat has said, "it’s high time now when party high command should hand over the leadership to Vasundhara Raje in Rajasthan."

"We have lost even many of our bastions in recent local body elections and the party should find out the reason for this," said Rajawat talking to media. He continued, "it was the charismatic leadership of Vasundhara Raje that led us to get a clear majority twice. Party made records of victory under her leadership by scoring 120 seats once and 163 the second time."

Notably, this is not the first time that Raje loyalists have raised such demand. The same demand was raised earlier this year after the party’s poor performance in last year’s local body elections. The factionalism of the party come to the fore during the budget session of the assembly when some of the Raja loyalists MLAs and former MLAs have said, "Raje is the only option for the party in Rajasthan." Though Raje has not campaigned for the party in any of the by-polls or local body elections held in recent times.

In the meantime, the tweet of Rajasthan Bjp president Satish Punia has also become a point of discussion in political circles. He tweeted after the results, "we lost even when we were in power, but take the lesson and move forward."

This tweet is being considered as an attack on Raje as she was the CM at that time. Sources in the party say that tweet indicates that Punia was aware that he will be on the target of Raje loyalists after this result, but his tweet has somehow added fuel to the internal conflict of the party and it seems that a fresh round of attacks and counter-attacks is about to start in Rajasthan BJP.