HomeIndiaRajasthan political crisis: 'What MLAs did should be researched; says CM Ashok Gehlot

It is to mention here that pro-Gehlot MLAs are constantly attacking Ajai Maken and alleging that he had come here to favour Sachin Pilot.

It has been seven days since the political drama of Rajasthan hit the headlines and the statements that are coming suggest that the politics inside the party is still heating up.

Rajasthan chief minister Ashok Gehlot, who apologized three days ago to Congress president Sonia Gandhi for not getting the one-line resolution passed by his MLAs, said, "What MLAs did should be researched."

"Why 102 MLAs were enraged so much that they did not listen to anyone? Why were they so afraid? Why did this happen? What were the reasons? it should be researched," said Gehlot.

Gehlot was interacting with the media after paying tribute to Mahatma Gandhi on Sunday. He said that normally, MLAs go with the leader who is going to take over the seat, but in Rajasthan, the MLAs decided to go the other way.

"The case of Rajasthan is different and will be written in history," said Gehlot

Gehlot’s statement has been taken as an indirect attack on senior Congress leaders and observers Ajai Maken and Mallikarjun Kharge, who were in Delhi for the CLP meeting last Sunday.

It is to mention here that pro-Gehlot MLAs are constantly attacking Ajai Maken and alleging that he had come here to favour Sachin Pilot.

Gehlot defended his loyalist MLAs also and said, "102 MLAs saved my government, how can I cheat them, so I apologized to the Congress President for not getting the resolution passed in the CLP meeting."

Notably, Congress president Sonia Gandhi is yet to decide on the CM post of Rajasthan as was said by the Congress organizational secretary KC Venugopal.

Read Also
Amidst political crisis in Rajasthan, CM Ashok Gehlot requests people to give another chance 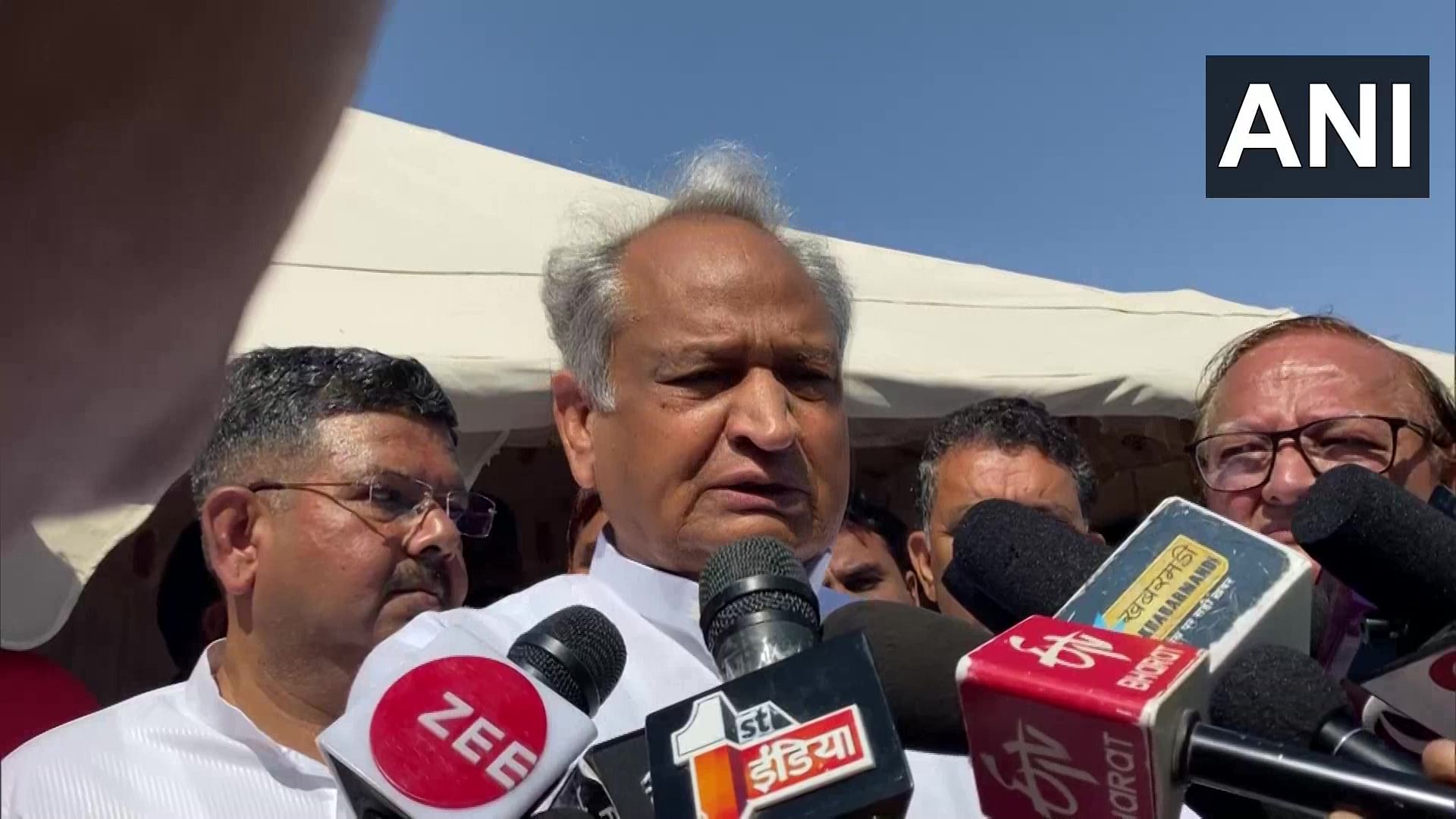