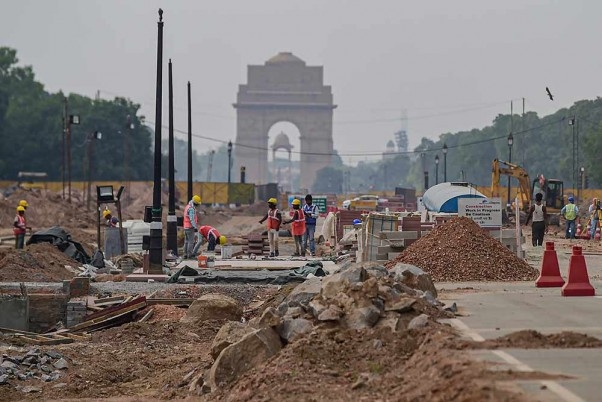 Even as the Congress has been fiercely critical of the Central Vista project in the national capital, its government in Rajasthan has initiated construction of 160 "luxurious flats" for MLAs near the state assembly in Jyoti Nagar.

The construction work started on May 20 this year amid the second wave of COVID-19. The project for construction of 160 luxurious flats for MLAs has been initiated by Rajasthan Housing Board (RHB).

Each flat will be built over an area of 3,200 square feet and comprise of four bedrooms, a Housing Board official said. The official said the plan is to construct 160 flats at a cost of Rs 266 crore.

"The work has started on time. This project is right in front of the Rajasthan Legislative Assembly and 160 flats are being constructed. Each flat will be on 3,200 square feet. It will have four bedrooms and separate parking space," he said. The official said Jaipur Development Authority (JDA) had proposed 176 flats but Rajasthan Housing Board approved the proposal for construction of 160 flats.

Earlier, the Congress had been critical about the Rs 20,0000 Crore 'Central Vista Project' in Delhi. Congress President Sonia Gandhi attacked the ruling party for the project.

The project is slated to be completed within 30 months and the Rajasthan Housing Board is expecting to complete it before the scheduled time.

Asked about the project, Rajasthan Pradesh Congress Committee president Govind Singh Dotasra said "it is being undertaken in accordance with the law".

The Congress has repeatedly criticized the BJP-led Central government for going ahead with Central Vista project amid the COVID-19 pandemic. Congress leader Rahul Gandhi had last month termed Central Vista project a "criminal wastage". The redevelopment project in the heart of national capital involves construction of a new Parliament building and a common central secretariat.