Gehlot loyalist MLAs have started withdrawing their resignations that were tendered 96 days ago to Speaker CP Joshi.

Jaipur: As Rajasthan CM Ashok Gehlot calls the Budget session of the assembly and is all set to present his last Budget, his loyalist MLAs have started withdrawing their resignations that were tendered 96 days ago to Speaker CP Joshi.

More than 80 MLAs have withdrawn resignations on Saturday out of 91 who not only boycotted the special Congress Legislative Party meeting called by the party high command but gave mass resignations in support of Gehlot on September 25th.

The MLAs are now confident that Gehlot will remain CM and present his last budget. Party’s Chief whip and Gehlot loyalist Mahesh Joshi said: Ashok Gehlot will present the Budget and as the session has been called, the MLAs are withdrawing the resignations.’

The resignations of MLAs were considered a pressure-building strategy of the Gehlot faction as these MLAs were not in favour of appointing Sachin Pilot as CM of Rajasthan. 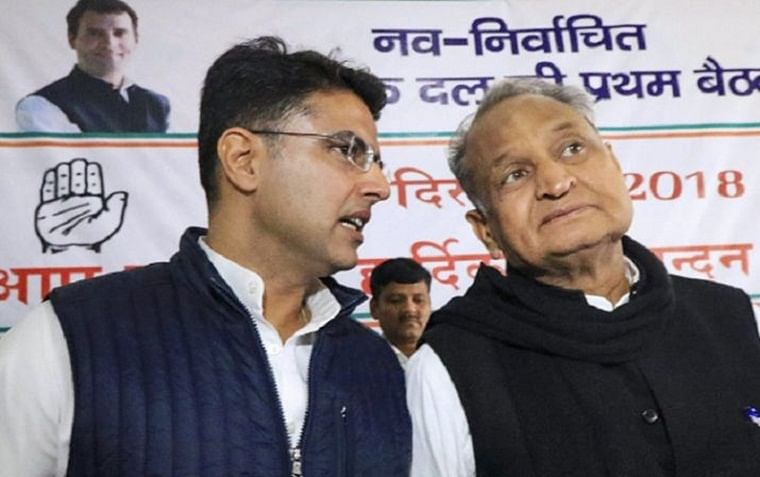 Mahesh Joshi admitted this while talking to the media, ‘leave aside resignations, but there is not a single moment in politics there is no pressure, be it any government or any party, pressure and politicos go hand in hand,’ said Joshi.

Sources in the party said that this development is a result of the Rajasthan leg of the Bharat Jodo Yatra and the recent visit of the newly appointed party in-charge Sukhjindar Singh Randhawa.

‘The way Rahul Gandhi appreciated schemes of the Gehlot government was a clear indication that Gehlot is to stay here as CM. Then Randhwa came and Gehlot called the session during his visit. On the second evening of Rahdhawa’s visit, Gehlot first met with Governor Kalraj Mishra regarding calling the assembly session and then reached the meeting of ministers called by Randhwa. It gave a clear message that the party has no objection in calling the session by Gehlot,’ said a senior party leader.

The opposition Bjp has raised questions on the withdrawal of resignations. The deputy leader of the Bjp legislative party Rajendra Rathor said, ‘the Congress MLAs are deceiving the people by pretending to resign and then taking them back.’ Rathor, who had filed a PIL in this matter, said that the court is to hear his PIL on Monday, January 2nd and he will pray to the court to identify and take action against all who are betraying the constitutional institutions and procedures.