Rajasthan: Flood-like situation in Jodhpur as 118mm of rainfall recorded in last 24 hours

District Collector Himanshu Gupta has issued orders to shut the schools till the next orders.

Heavy rains have lashed Jodhpur during the last 24 hours creating a flood-like situation in the desert city. A rainfall of 118MM has been reported from Monday evening till 8 am on Tuesday.

Although no casualties have been reported, the collector has ordered the closure of the schools while the railways cancelled seven trains originating from Jodhpur due to the accumulation of water on the railway tracks. 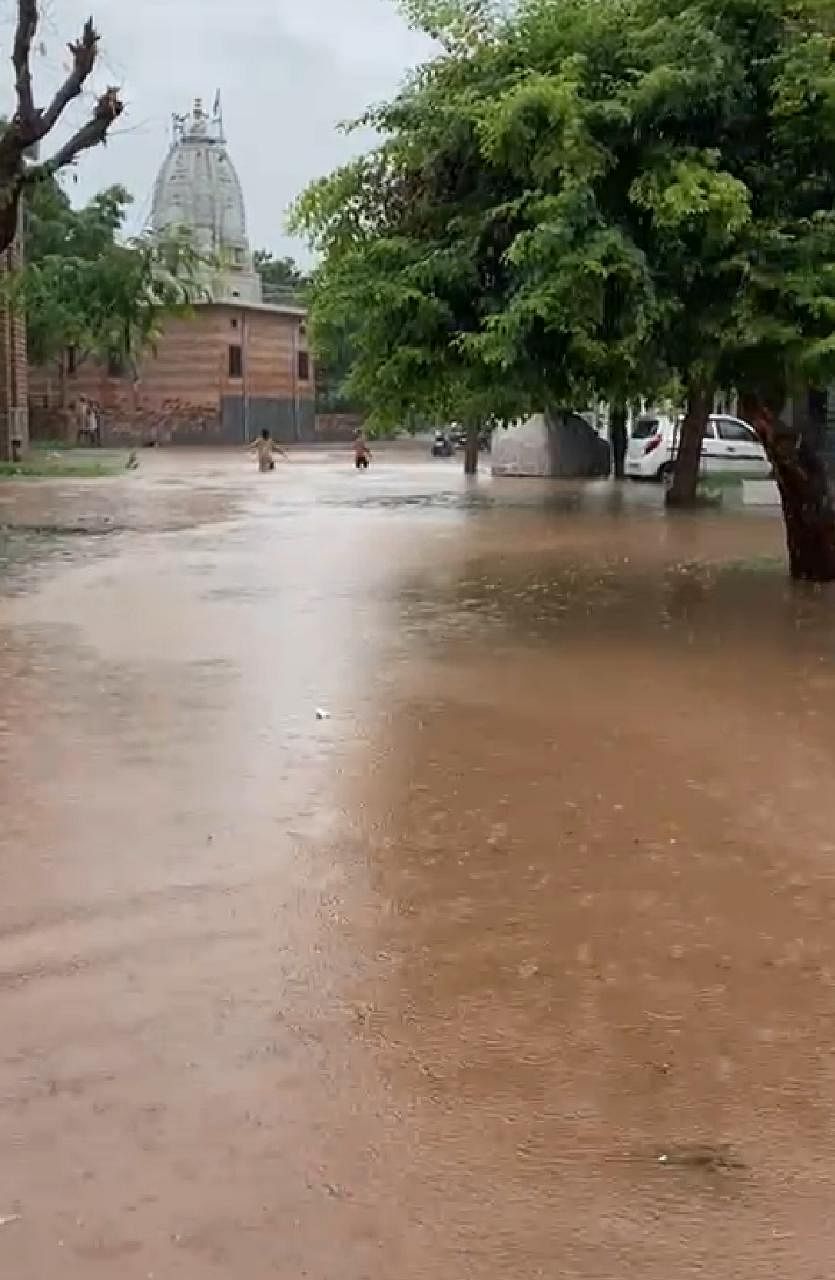 District Collector Himanshu Gupta has issued orders to shut the schools till the next orders.

The torrential rain started in Jodhpur and surrounding areas from around 7 pm on Monday. Amid the heavy downpour, the city streets were filled with water. More than 30 colonies of the city have reportedly been flooded. Local city council teams were present at various spots draining the water with pumps.

The power outage was also reported in many areas of the city.

Commuters had to through a lot of trouble due to water logging at the Jodhpur railway station. The heavy downpour has also caused the trains to come to halt as the railway tracks are not visible due to flooding. Meanwhile, the Raikabagh bus stand was also flooded.

Heavy rains were also witnessed in other districts, including Bhilwara, Chittor and other parts of the state. The Met Office (weather services) has predicted heavy rainfall in the state during the next 48 hours.

HomeIndiaRajasthan: Flood-like situation in Jodhpur as 118mm of rainfall recorded in last 24 hours