A team of four doctors conducted the operation which took 90 minutes. They removed around 80 objects including 'chillam', keys and coins from the mentally-ill patient's stomach.

Udaipur: In an atypical case, doctors of a government hospital here have removed around 80 objects including 'chillam', keys and coins from a mentally-ill patient's stomach in Udaipur on Monday. A team of four doctors conducted the operation which took 90 minutes. 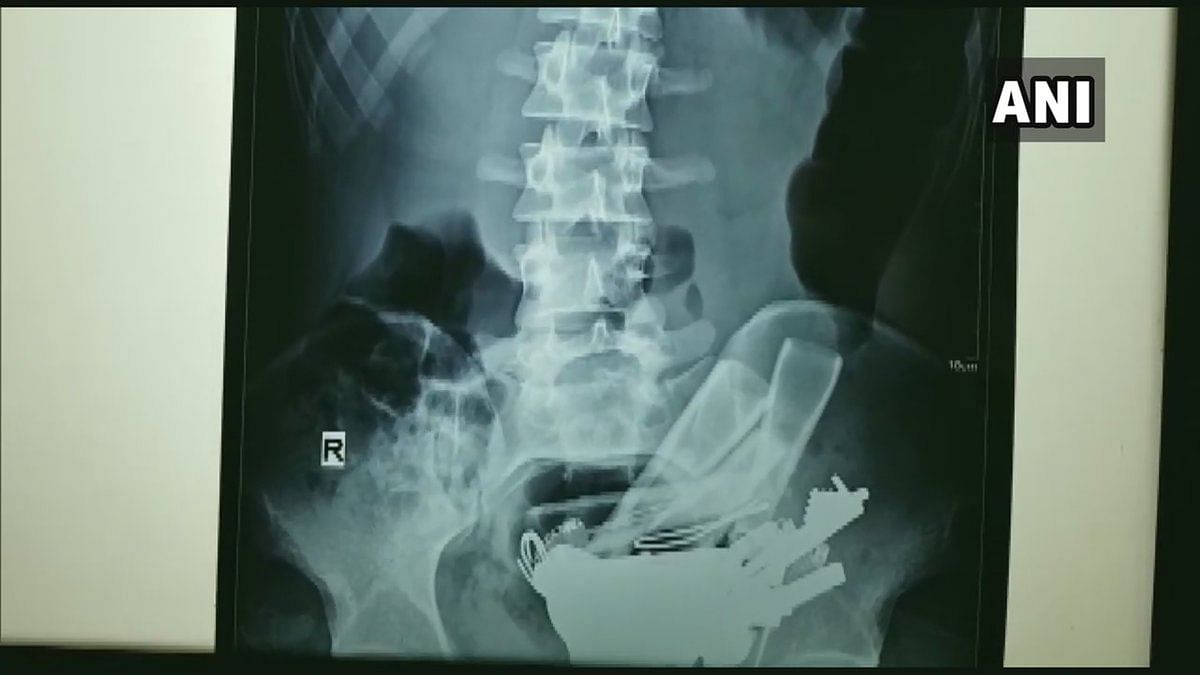 X Ray of the patient | twitter.com/ANI

"This could be considered a strange case. The man was admitted in the hospital complaining about a severe stomach ache. He was asked to undergo X Ray. We were stunned to see small and big metal objects including nails inside his stomach," Dr DK Sharma told ANI. Without any delay, doctors readied the patient for operation and removed the objects weighing in total 800 gm. Doctors discovered that the patient is mentally ill and an addict.

"He was mentally ill and addict. He would have swallowed everything. When he started complaining about continuous pain in the stomach, his family members brought him to the hospital" he added.

Sharma said the patient is out of danger and is undergoing treatment. In a similar case last month, doctors had removed 116 nails, long wire and an iron pellet from the stomach of a 40-year-old man.