Gehlot had tweeted that the BJP in Rajasthan is raising the issue of crime and its leaders have reportedly sent a train ticket to Priyanka Gandhi Vadra inviting her to Rajasthan even though she does not hold any constitutional post. Just after a day after Rajasthan chief minister Ashok Gehlot invited Union Home Minister Amit Shah to see innovations in improving the law and order situation in the state, one of his party’s MLA was booked under the sections of SC-ST Preventions of Atrocities act for allegedly thrashing a government officer in his office.

Reportedly, the Congress MLA from Dholpur district in Bari Giriraj Malinga and six others were booked on Tuesday for assaulting officials of the Electricity Department and making casteist remarks, police said. The MLA has been named the main accused with another person Samir Khan in the case registered in the Bari police station.

The victim, Harshdhipati, an assistant engineer in the Jaipur Vidyut Vitran Nigam Limited (a government electricity company), in his statement to the police has accused MLA Malinga of thrashing and abusing him aking casteist remarks.

The victim who is in the hospital said in his report that on Monday noon, he was having a meeting with some officers on the issue of recovery of dues when MLA Malinga came with 6-7 other persons. The MLA hit a chair on his hand and beat him up with sticks. The victim also alleged that during the assault when he pleaded in front of the MLA, another person put a country-made pistol on his head.

The police have registered a case under various sections of IPC and SC-ST Prevention of Atrocities Act. The case has been handed over to CID CB as it belongs to a sitting MLA.

On the other hand, MLA Girraj Malinga said to the media that the allegations are baseless. There is corruption in the Discoms office and annoyed with this, the people have thrashed the officers.

"I reached on the spot after hearing about the incident where the officers were in critical condition," said the MLA.

It is to note that CM Ashok Gehlot on Monday had strongly reacted against a BJP leader who booked a train ticket for Congress leader Priyanka Gandhi inviting her to Rajasthan in the wake of the gang-rape of a minor in which the son of a Congress MLA was allegedly involved.

Gehlot had tweeted that the BJP in Rajasthan is raising the issue of crime and its leaders have reportedly sent a train ticket to Priyanka Gandhi Vadra inviting her to Rajasthan even though she does not hold any constitutional post.

Gehlot further added saying, "We will send a chartered plane to Union Home Minister Amit Shah and would like to request him to come to Rajasthan and see for himself the innovative initiatives being carried out for law and order. We would like him to take note of strict action being taken against crime in the state so that the BJP's false propaganda can be eliminated. 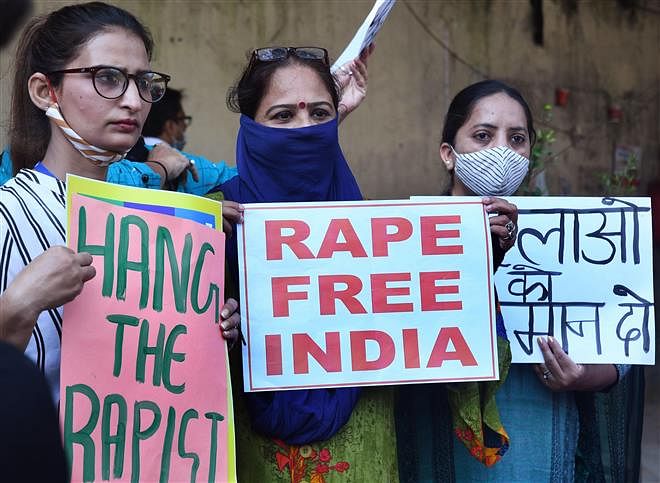