Rajasthan cabinet reshuffle: In politics person who expects the most, gets hurt the most, says Congress MLA Mahesh Joshi

Congress had already given me a lot, they had given me the status of Cabinet Minister, so it won't be of much difference to me says Joshi
ANI 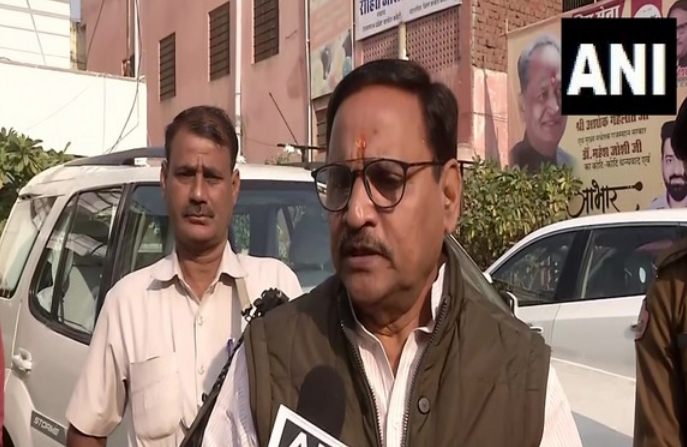 Congress MLA Mahesh Joshi on Sunday stated that when it comes to politics, the person who expects the most gets hurt the most.

Joshi, a close aid of Rajasthan Chief Minister Ashok Gehlot, is among the Congress MLAs set to take oath as ministers in the state cabinet later in the day today.

While speaking to ANI, Joshi said, "In politics, the person who expects the most gets hurt the most. Congress had already given me a lot, they had given me the status of Cabinet Minister, so it won't be of much difference to me. Now I will be of service with more power. Congress will come into power in 2023 in Rajasthan." "It is going to be almost three years but there is no anti-incumbency factor. By-election results also show that the Congress party has gained in Rajasthan," Joshi said.

"Jaha Do bartan hote hain takarate hain. In Rajasthan there is only one team which is the high-command team, we will work under the guidance of high-command," he said when asked about the clashes between Sachin Pilot and Ashok Gehlot.

Gehlot's cabinet expansion is all set to take place on Sunday with the oath-taking ceremony of the new ministers at the Governor's house.

A total of 15 MLAs will take oath today including Sachin Pilot's "loyalist" MLAs Hemaram Choudhary, Murari Lal Meena, Zahida Khan, Rajendra Singh Gudha, and Brijendra Ola who will be included in the cabinet of the Chief Minister after the reshuffle.

Rajasthan Congress chief Govind Singh Dotasra had shared a list of the 15 MLAs chosen to take oath on Sunday and also said that three ministers will be elevated to cabinet rank.