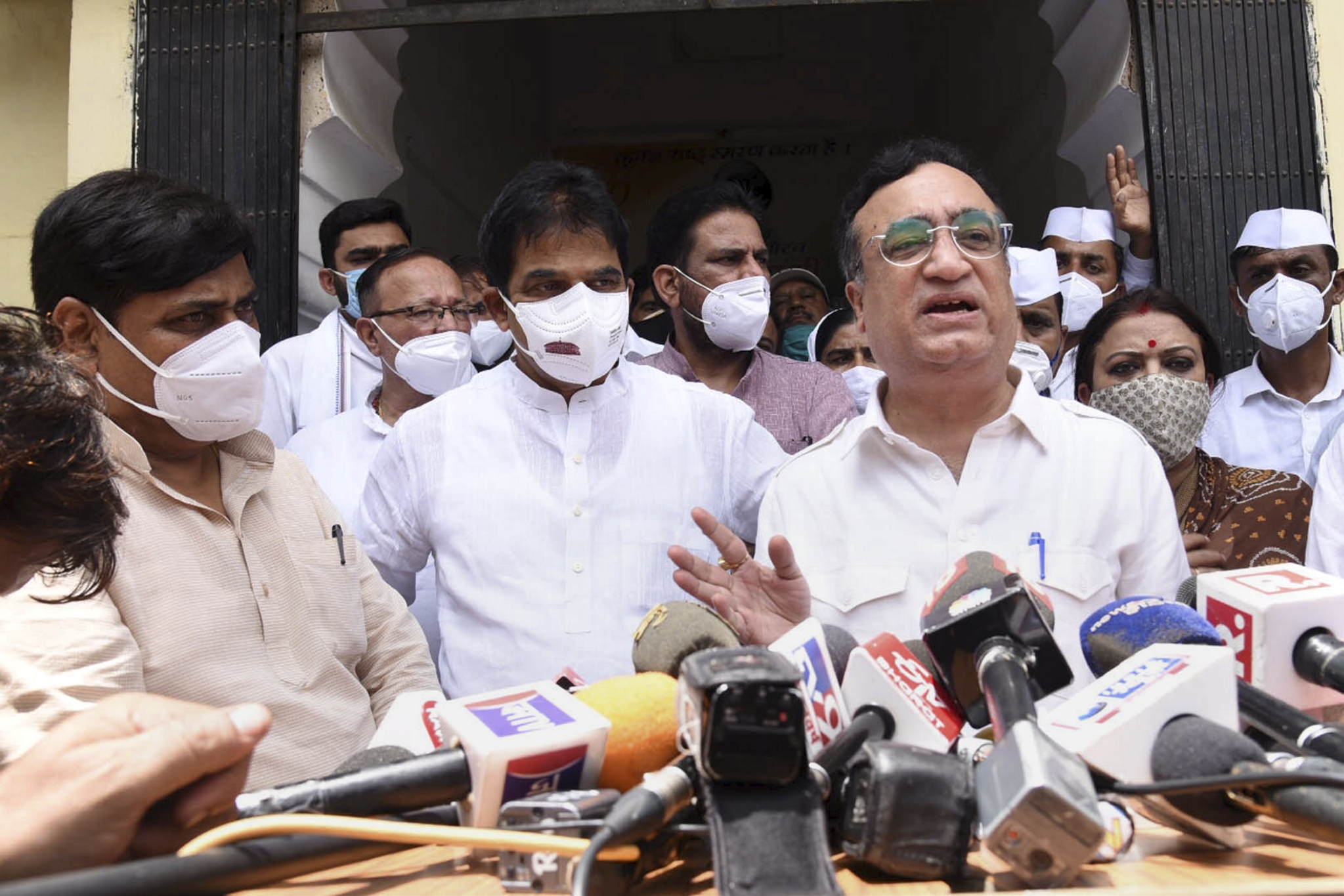 Makan has clearly stated that he cannot give any date for cabinet expansion, although he claimed that everything has been sorted out and all have expressed full faith in party high command. In the meantime, he directed all MLAs to remain in Jaipur on the 28th and 29th of July as he will hold one-to-one meetings with the MLAs.

"We are discussing the issues related to cabinet expansion, appointments of district presidents of the party and political appointments. All have said that we will accept whatever party high command decides. We will make the final decision on this and let you know very soon as now there seems to be no contradiction," said Maken before leaving for Delhi. While Venugopal said just one line: "Things are progressing and we’ll decide soon."

Makan will return to Jaipur on July 28th for a two-day visit and hold one-to-one meetings with MLAs on the issue of appointments of district and block presidents. The announcement of these meetings is being considered important. "This is happening for the first time in the party and it seems that there is something that still needs to be sorted out and needs the opinion of the party MLAs, so the picture will get clear only after these meetings," said a senior party leader on anonymity.

Before this Venugopal and Ajay Maken had reached Jaipur on Saturday late at night and had a 2-hour meeting with CM Ashok Gehlot. Sources say that they conveyed the message of party high command to Gehlot to sort out the issues. It is believed that formula was discussed in the meeting for reshuffle and expansion so that dissident factions and factions supporting the government can be accommodated. Now both the leaders will give their report to the party high command.

On Sunday morning a meeting was called at PCC of ministers, MLAs and party officials who were in Jaipur. The call for the meeting on Saturday late at night had created a stir as it was not decided earlier and intensified speculations of a big decision on Sunday morning but later on it was clarified by party president Govind Dotasra that this is a meeting just to welcome Venugopal as he is coming to PCC office for the first time after his election as Rajay Sabha MP from Rajasthan.

Former deputy CM Sachin Pilot has also attended the meeting held at PCC and supporters of Pilot were seen sloganeering for him outside the meeting.