The police have lodged the FIR and handed over the investigation to the CID crime branch after the medical examination of the victim as the case belongs to an MLA.
Manish Godha 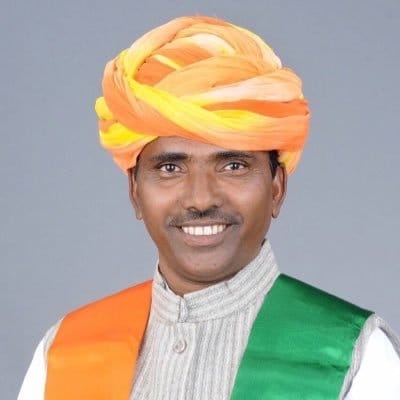 The Bjp MLA of Rajasthan Pratap Bheel has been booked under a rape case for the second time. In both cases, the MLA allegedly raped the women on the pretext of marriage and job. The first case was lodged in February this year.

The accused is an MLA from Gogunda in the Udaipur district. In the case registered on Wednesday night in Ambamata police station of Udaipur city, the victim alleged that Pratap raped her after promising her a job. The victim told police in her statement that the MLA was harassing her sexually for the last two years, he promised her marriage after the recent by-elections but instead of marriage, the MLA threatened her. The victim alleged that the private staff of the MLA also threatened her.

The police have lodged the FIR and handed over the investigation to the CID crime branch after the medical examination of the victim as the case belongs to an MLA.

While the MLA has denied the charges and said that he does not know the victim.

Notably, a similar case was registered against the MLA in February this year when a woman from Madhya Pradesh had alleged the MLA for rape on the pretext of job and marriage. The investigation of the case is underway.