12 people were killed and 22 injured In a head-on collision of a passenger bus and a truck in the Barmer district of Rajasthan on Wednesday morning. The mishap took place near the Bhandiwas village on Jodhpur national highway. PM Narendra Modi paid condolence to the deceased and announced a relief package while CM Ashok Gehlot directed the officials to carry out rescue operations.

The bus was on the way to Jodhpur from Balotra and there were around 40 passengers on the bus. A truck coming from the wrong side collided with the bus and caught fire. The fire was such that the bus got burnt within a few minutes and passengers got stuck in the bus.

The villagers helped the passengers and called the administration and police. the administration has confirmed the death of 12 passengers. The district collector Lokbandhu said that 23 injured have been admitted to the nearby hospital and the reason for the accident is being investigated.

PM Narendra Modi has announced an ex-gratia of Rs 2 lakh each from PMNRF to the next kin of the deceased while the injured would be given Rs 50,000 each. While CM Ashok Gehlot has directed the officials to conduct rescue operations and best treatment to injured. 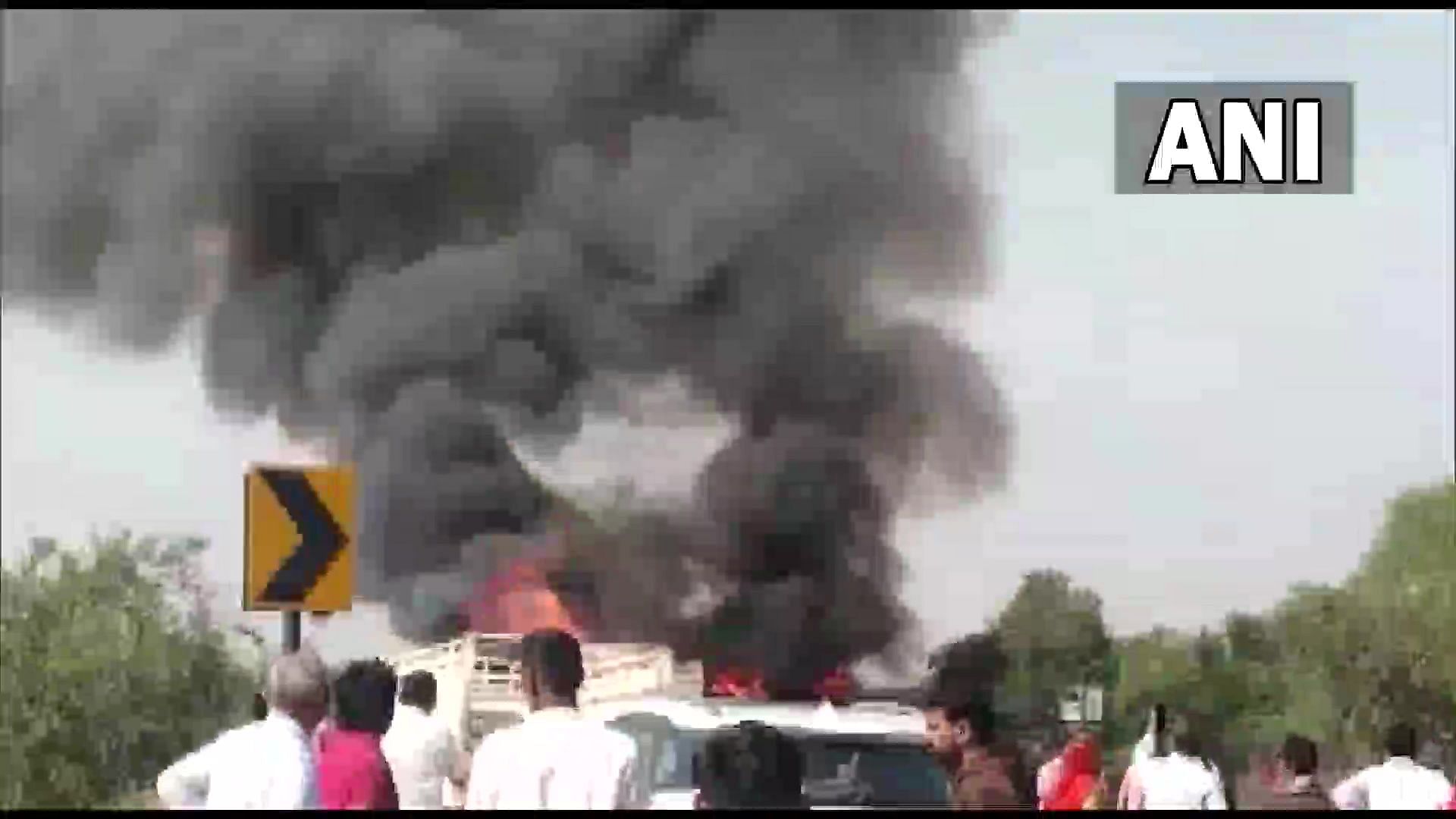