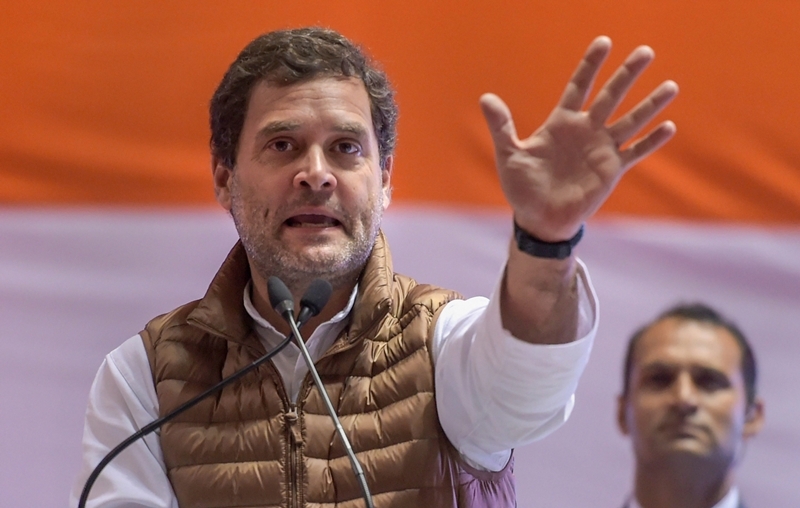 New Delhi: Congress President Rahul Gandhi on Saturday laid stress on fielding young faces in the upcoming Lok Sabha election and made it clear that those defeated two or three times will not get the party ticket.  He laid down a 10-point broad guideline on selection of candidates at a meeting of the AICC general secretaries and in-charges of states, which was also attended by Priyanka Gandhi. Rahul also spent over five hours later holding discussions on the poll preparations with the state party presidents and Congress legislature party leaders (CLPs).

In a tweet, he said he met CLP leaders and PCC chiefs “to review our election preparations & strategy in each state and we discussed a wide range of issues related to the upcoming elections.” Sources said Rahul has also called a meeting of the presidents of all frontal organisations and AICC secretaries on Wednesday to finalise the poll strategy. Congress chief spokesman Randeep Singh Surjewala told reporters Rahul wanted selection of the candidates for both Lok Sabha and Assembley elections, wherever being held, by this month end to release the lists by the first week of March to enable them hit the ground early.

He said the Congress President was quite clear that the youth and experience are the strength of the Congress and it will be reflected in the selection of the candidates. Opportunity should be given to youth, women and those deprived to enter Parliament, Rahul said. The MLAs and RS members must be avoided as the candidates unless it is hard for others to win.