'Pyre of my son is not yet doused', says Sidhu Moose Wala's father amid offers to contest Sangrur bypolls

'Pyre of my son is not yet doused', says Sidhu Moose Wala's father amid offers to contest Sangrur bypolls | Video Screengrab

Slain Punjabi singer Sidhu Moose Wala's father Balkaur Singh on Saturday clarified that he will not contest any elections and asked people not to pay heed to any rumour surrounding it. His statement came a day after Punjab Congress chief Amrinder Singh Raja Warring endorsed a suggestion of economist Sardara Singh Johl to get Balkaur elected unopposed from the Sangrur Lok Sabha seat.

Using his late son’s Instagram account, Balkaur Singh put out a video message in which he said he felt sad at speculation doing the rounds on social media. Singh said in the video that he had no intention to contest any election.

"Do not pay heed to them," Balkaur asked people. "The pyre of my son is not yet doused. I have no intention to contest elections," he said.

Thanking people for sharing the grief with the family, he urged people to attend the 'bhog' ceremony of his son on June 8 and added that he would then share his thought

Mann, who at present is the Punjab Chief Minister, had won from Sangrur parliamentary seat in 2014 and 2019.

Polling for the seat will be held on June 23 while counting of votes will take place on June 26. 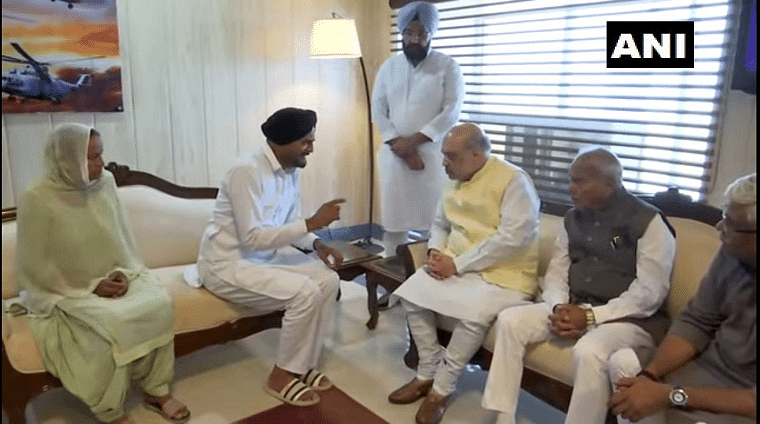 HomeIndia'Pyre of my son is not yet doused', says Sidhu Moose Wala's father amid offers to contest Sangrur bypolls