BJP alleges intelligence failure as tension was mounting since 10 days

Chandigarh: Punjab government clamped curfew till Saturday 6 am after tension gripped Patiala city on Friday afternoon following a clash between the Shiv Sena (Bal Thackeray) members and Sikh radicals over the issue of taking out an anti-Khalistan march by the former.

The Shiv Sena leaders said that the march was taken out in protest against the calls led by banned ``Sikhs for Justice’’ organisation convener Gurpatwant Pannu to mark the foundation day of Khalistan on April 29.

Reports reaching here said that the trouble began when some radical Sikh elements came out in the area against the anti-Khalistan march organised by the Shiv Sena (Bal Thackeray). The executive president of the outfit, Harish Singla, who led the march from Arya Samaj Chowk to Kali Devi Temple said that the Shiv Sena would never allow Khalistan to be formed in Punjab or anywhere in India.

Meanwhile, taking a notice of the situation, chief minister Bhagwant Mann said the state government was closely monitoring the situation and called the violence deeply unfortunate.

Meanwhile, a curfew has been imposed till 6 am Saturday citing ``incidents of breach of peace and disputes between certain different groups... which can result in further disturbance of peace and maintenance of law and order in the state’’.

Meanwhile, the Punjab BJP president Ashwani Sharma who held a press conference here late afternoon said that the incident exposed the utter failure of the state police and intelligence agencies.

There has been a tension on the social media over the comments on Pannu’s call since the past several days and the Shiv Sena members had begun a dharna against the same since the past about 10 days, he said adding that yet the police failed to take a note of it and allowed the situation to come to such a pass.

Sharma also took a delegation on the spot in Patiala and met people there.

Congress legislator Partap Singh Bajwa, who is also leader of opposition also lashed out at the ruling Aam Aadmi Party (AAP) and chief minister Bhagwant Mann, calling the events as ``complete anarchy in the state”.

He tweeted, "Disturbing visuals from Patiala. It’s high time that Punjab CM gets his house in order. Law & order has collapsed in past one month with one incident after the other taking place in state. CM should immediately visit Patiala with DGP Punjab." 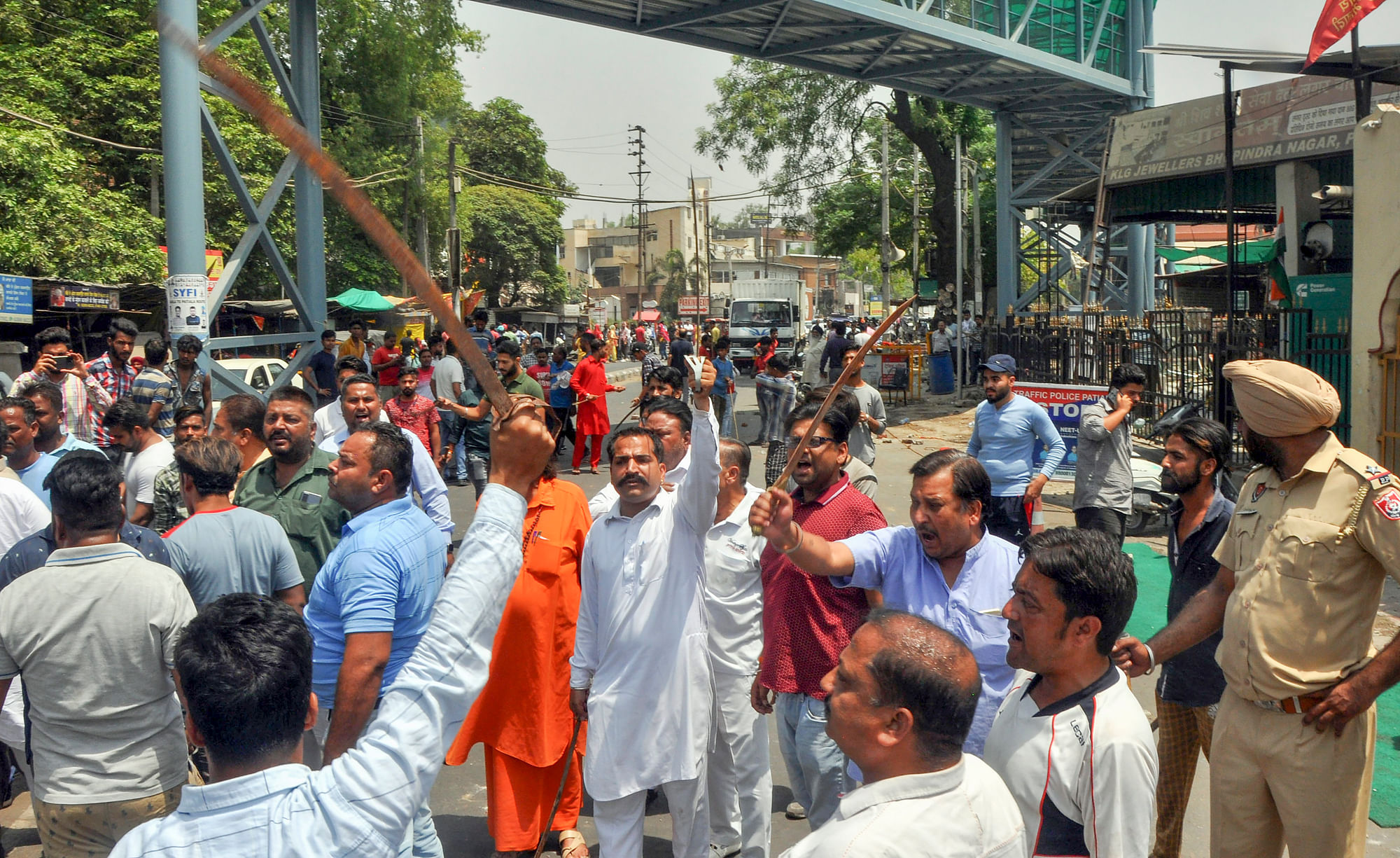