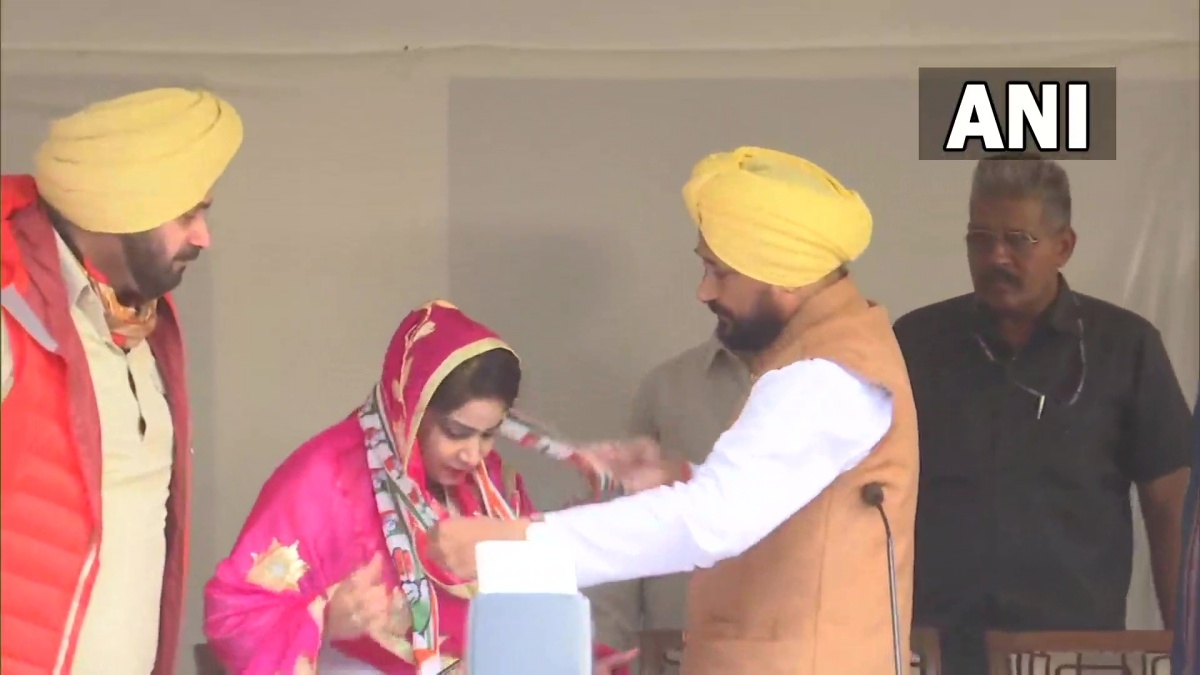 AAP is one of the main challengers of the Congress in the state.

After a late night meeting on Tuesday with Congress leaders Harish Chaudhary and Navjot Singh Sidhu, AAP MLA from Bathinda Rural Rupinder Kaur Ruby quit the party and tweeted: "Mr.@ArvindKejriwal ji Convener, AAP & @BhagwantMann ji this is hereby inform u that I am resigning with immediate effect from the membership of Aam Aadmi Party. Please accept my resignation. Thx Rupinder Kaur Ruby.(MLA Bti.rural)"

While, reacting to her resignation, AAP MLA and Leader of Opposition in the Punjab Assembly Harpal Singh Cheema on Wednesday took a dig at Ruby, saying she was joining the Congress as she did not have any chance to get the AAP ticket for contesting the upcoming state assembly elections.

The Congress, which is reeling under infighting between factions, got a slight relief on Tuesday after the Congress, giving in to Sidhu's pressure, accepted the resignation of Advocate General A.P.S. Deol -- a decision that is being seen in political circles as lessening the "friction" between Chief Minister Charanjit Channi and Congress state chief Navjot Sidhu.

Sidhu has been demanding the replacement of Deol, who had represented former Director General of Police Sumedh Singh Saini in cases related to the 2015 sacrilege and subsequent police firing on protesters.

Earlier, Sidhu had tweeted: "Technically, any lawyer can become AG and any IPS officer can become DG but if we talk about morals and ethics of government, as we promised to the people of Punjab that we will give justice to them in sacrilege cases."

The Bathinda Rural legislator announced the decision to quit the Aam Aadmi Party (AAP) through her Twitter handle on Tuesday night.