The first day of the special Punjab assembly session was marked today as chief minister Bhagwant Mann tabled the confidence motion amid protest by the Opposition leading to repeated adjournments and Speaker suspending 15 Congress MLAs for the day while the BJP members staged a walk-out over the CM’s move.

It is to mention here that in the House of 117, the ruling Aam Aadmi Party (AAP) has 92 legislators, the principal Opposition Congress has 18, Shiromani Akali Dal (SAD), 3, its ally BSP, 1 and the BJP 2, while there is one independent member.

The Leader of the Opposition (LoP) and Congress leader Partap Singh Bajwa vehemently condemned the AAP’s move for a confidence motion in its favour, stating there was no provision in the rules and regulations of the state assembly for it. The Congress leader stated that AAP's move was challenging the powers of the governor Banwarilal Purohit, who had rejected the convening of a session on September 22 in this regard only.

It may be recalled that prior to giving nod for the September 27 session on Sunday, Punjab governor Banwarilal Purohit had cancelled his permission to convene the session on September 22 which had followed a bitter war of words between the Raj Bhavan and AAP government.

However, while both the BJP MLAs, namely, Ashwani Sharma and Jangi Lal Mahajan, walked out of the House for not getting included in the business advisory committee (BAC) after Speaker Kultar Singh Sandhwan announced that Mann would move the said motion, the Congress MLAs including Sukhpal Singh Khaira sought zero hours, which the Speaker declined.

As the Congress MLAs continued to insist on it even when CM Mann got up to speak, the Speaker adjourned the House thrice, though for about 15 minutes each till around 1.20 pm.

However, later after the session resumed, Bajwa continued to object to the said motion and the AAP MLAs accused the Congress members of acting as team 'B' of the BJP for disrupting the House proceedings.

At this point, the Congress legislators rushed into the well of the House in protest following which the Speaker named the Congress MLAs and asked the marshals to take them out.

The Speaker said that the business advisory committee of the House has decided to extend the duration of the session till October 3 – though its sittings would be held on Tuesday, Thursday, Friday and Monday - as against the earlier tentative schedule of one day.

Speaking to reporters outside the assembly complex, AAP minister Aman Arora alleged the BJP and its government at the Centre was trying to topple the government in the state under its "Operation Lotus." 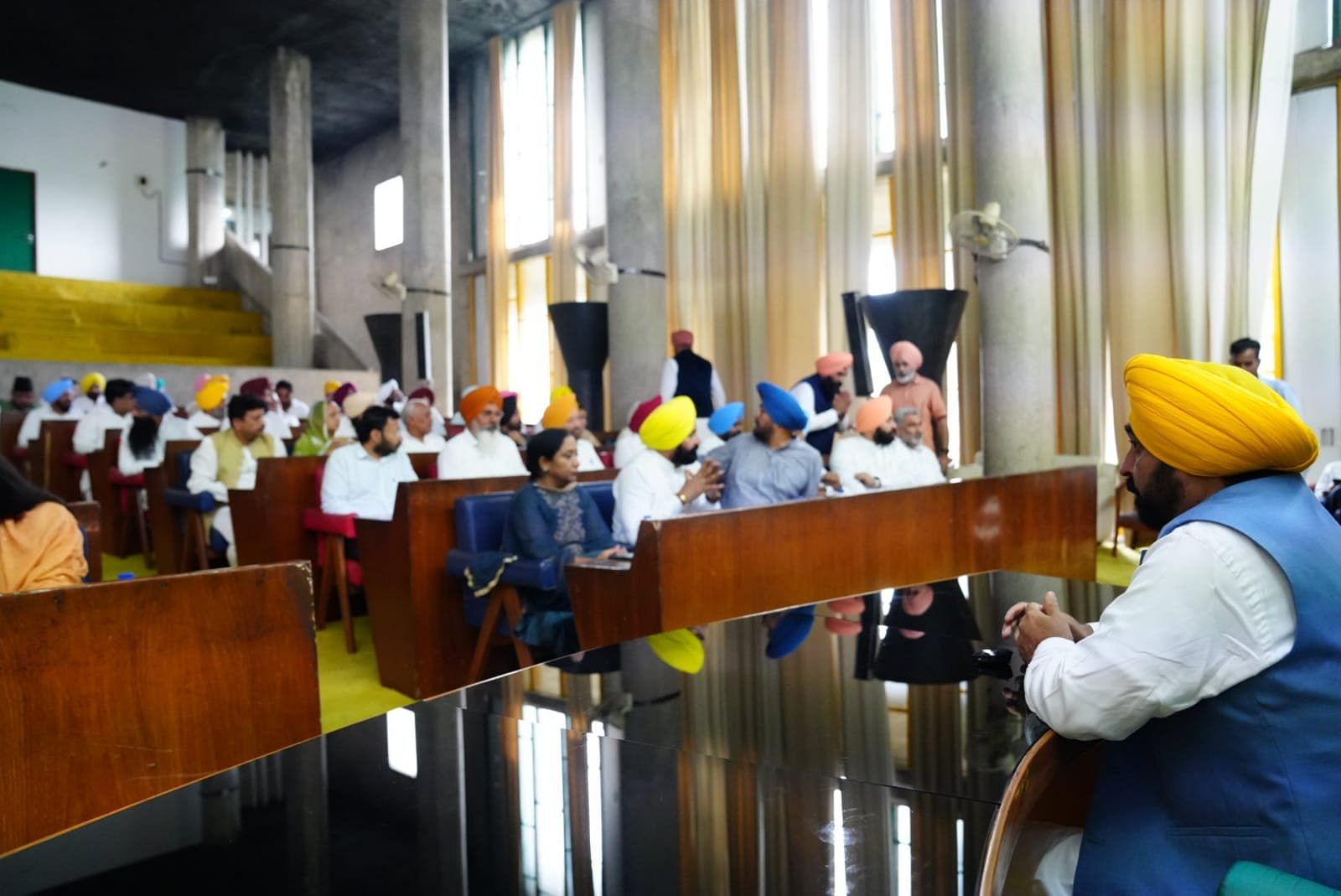