The intruder was found armed with a sophisticated modified 'Pump Action' shotgun. According to official sources, the intruder had entered the Indian Territory at Ramdas village in the Ajnala sector part of Amritsar district.

Amritsar (Punjab): An armed Pakistani intruder was shot dead on Tuesday by the Border Security Force (BSF) in the Ajnala Sector along the India-Pakistan international border in Punjab, officials said.

The infiltration bid came to the notice of BSF troops around 8 am.

The intruder was found armed with a sophisticated modified 'Pump Action' shot gun. According to official sources, the intruder had entered the Indian Territory at Ramdas village in the Ajnala sector part of Amritsar district.

Today at around 8:30 am, BSF forces in the BOP Channa, Gurdaspur Sector, Punjab, suspected movement of an armed Pakistani invader approaching the BS Fence from the Pakistani side. He was confronted & shot by BSF pic.twitter.com/whXbDQAvWF

BSF shot intruder after entering Indian side of territory

He was shot dead by the BSF of Channa Check Post, commanded by its Gurdaspur district battalion.

BSF troops, when they witnessed the intruder approaching the fence from the Pakistan side, repeatedly challenged him, but when he continued his march towards troops, then they fired at him, killing him on the spot.

By his body, the BSF found one 'Pump Action Rifle' which has the ability to fire more than one shot, officials said. 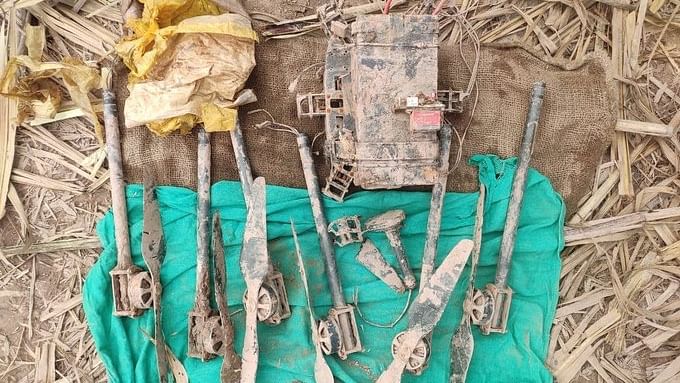