After Delhi’s win in 2015, the AAP made headlines about six months ago for its landslide victory in Punjab by winning 92 seats out of the total 117.

Chandigarh: With an aim to rev up its campaign in poll-bound Gujarat, the Aam Aadmi Party (AAP) has assigned a variety of duties to all its legislators and other leaders of Punjab asking them to be on about a 10-day visit to Gujarat in days to come.

Dr Sandeep Pathak, the AAP Rajya Sabha member from Punjab, who is also the party affairs in-charge in Gujarat and co-in-charge in Punjab and poll-bound Himachal Pradesh, held a virtual meeting with the Punjab MLAs and other leaders on Thursday evening and briefed them about party’s plans for the canvassing in Gujarat.

After Delhi’s win in 2015, the AAP made headlines about six months ago for its landslide victory in Punjab by winning 92 seats out of the total 117. The Congress could bag only 18 seats, the Shiromani Akali Dal (SAD) three, its ally BSP one, BJP two seats while only one independent candidate won in February 2022 assembly polls.

The Punjab AAP chief spokesperson Malvinder Singh Kang told FPJ that the state chief minister Bhagwant Mann, who had been to Gujarat with AAP supremo and Delhi chief minister Arvind Kejriwal a few weeks ago, is again there currently with the latter for a couple of days.

According to information, while all the legislators would be going to Gujarat after the ongoing assembly session - which is scheduled to be over on October 3 -, the ministers would be leaving about a week later and other leaders including heads of various boards and corporations would also go in groups for the party campaigns in days to come.

The leaders have been assigned a variety of duties such as to organise rallies, holding village-level meetings or holding door-to-door canvassing in different areas to apprise the electorate of Gujarat about the governance of AAP in Punjab.

Meanwhile, according to sources in the party, even though assembly elections are also due in Himachal Pradesh later this year, the AAP seems to be focussing more on Gujarat, as of now, though. 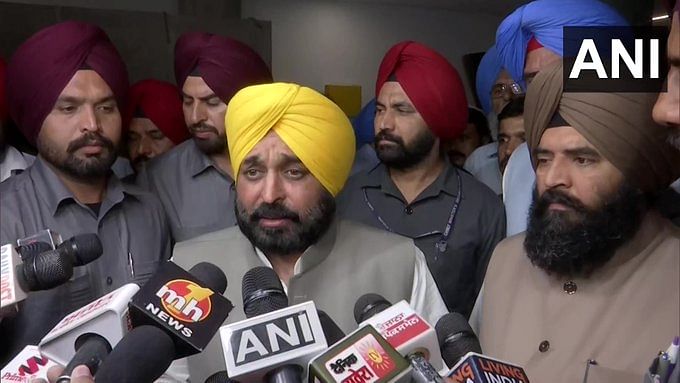