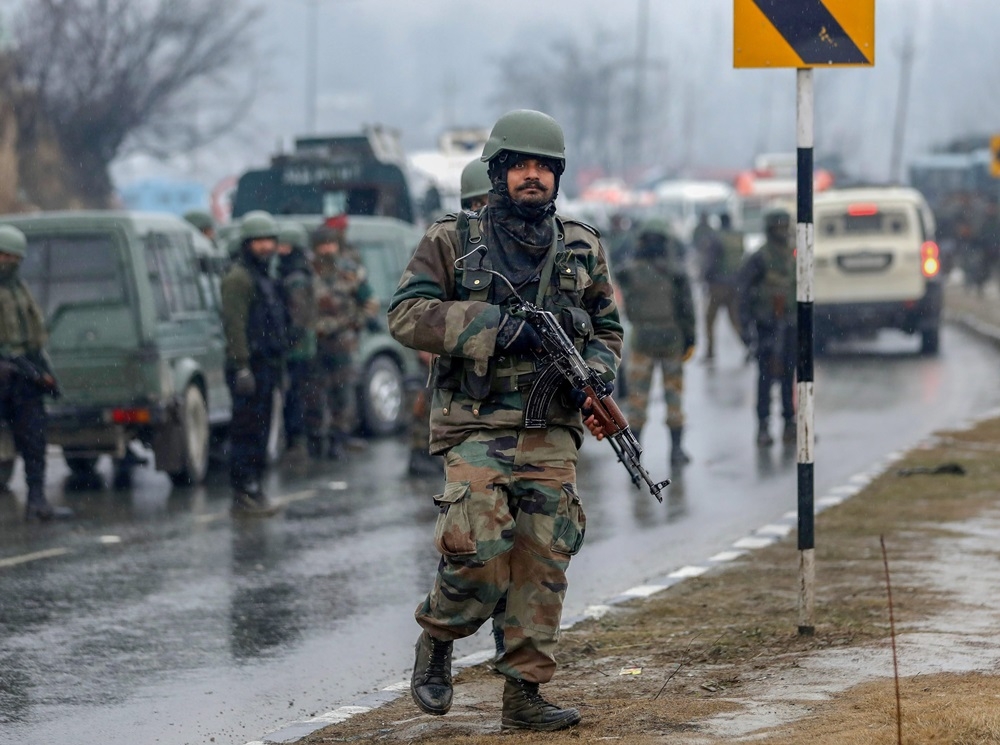 Srinagar: The mastermind of the February 14 Pulwama terror attack, in which 40 CRPF personnel had died, has been killed in an encounter in south Kashmir’s Tral area, officials said Monday. Two militants were killed in the encounter in Tral’s Pinglish area and the Pulwama attack’s main conspirator, Jaish-e-Mohammed (JeM) terrorist Mudasir Ahmed Khan, was one of them, they said.

“Mudasir Ahmed Khan alias ‘Mohd Bhai’ was among the two militants killed in the encounter in Tral’s Pinglish area in Pulwama district,” CRPF Inspector General (Operations) in Jammu and Kashmir, Zulfiqar Hasan, said at a hurriedly called joint press conference by the Amry, state police and the paramilitary force.

However, he refused to term this as avenging the death of February 14 terror strike.”We are peacekeepers and we ensure that no one raises gun against the country,” the officer said.

Inspector General of Police, Kashmir Range, Swayam Prakash Pani, said the actual identity of the second militant has not been ascertained as of now. “We know that his code was Khalid. We are trying to find his actual identity,” he said.

The killing of Khan is a significant dent to the JeM, he said.