The Ministry of Home Affairs had in July last year banned the SFJ for advocating Referendum 2020, an online campaign to demand Khalistan, which seeks a separate homeland for the Sikhs
IANS 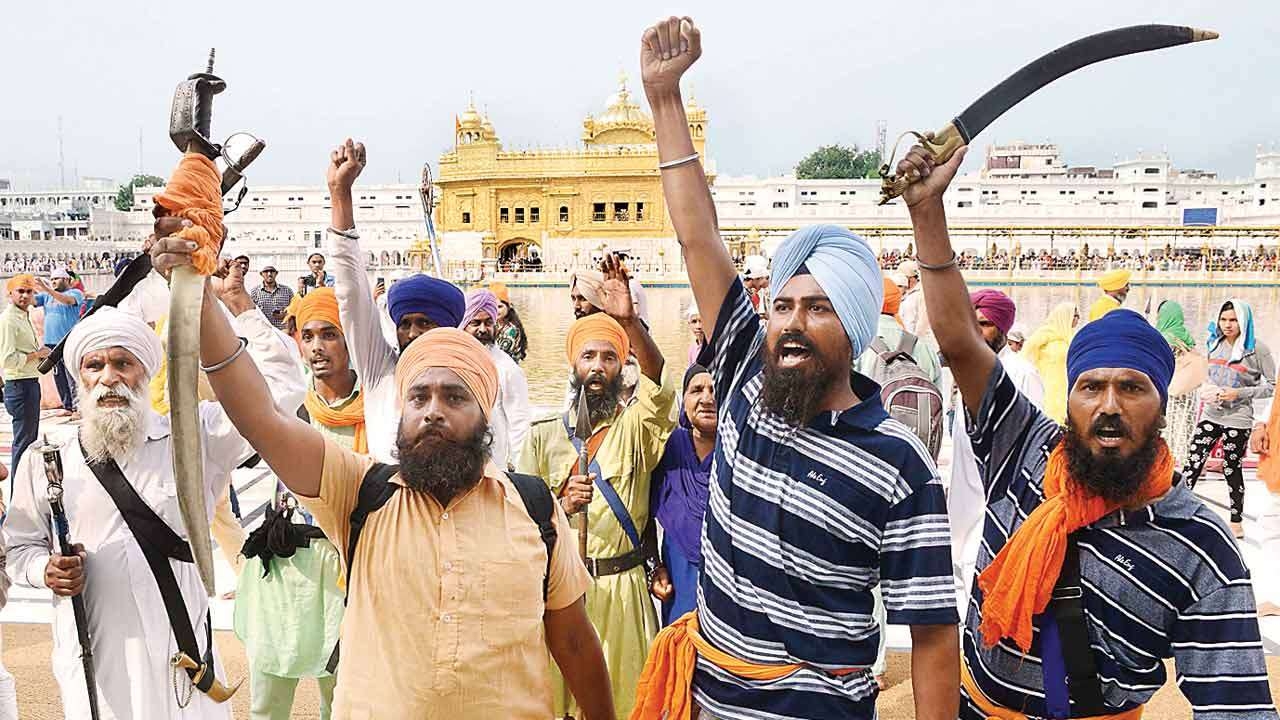 The Ministry of Home Affairs had in July last year banned the SFJ for advocating Referendum 2020, an online campaign to demand Khalistan, which seeks a separate homeland for the Sikhs.

As per the inputs, the SFJ launched the Referendum 2020 voter registration through the Russian website www.punjabfree.ru, appealing to the people in Punjab and aged 18 or above from any religion as well as the Sikhs living anywhere else in India to register their votes for participation in the non-governmental Punjab Independence Referendum.

Detailed information regarding the registration process was put up in English and Punjabi languages on the Russia-based website, which mentions three steps for registration of votes and the sign-up to receive updates about the Referendum 2020.

The SFJ has a ground-level plan to ensure that voter registration form for Referendum 2020 reaches every household in Punjab, despite the Indian government's crackdown on the pro-Khalistan activists.

Designated US-based terrorist Gurpatwant Singh Pannun made the voter registration announcement through a video, putting Punjab Police as well as central security agencies in a tizzy.

The Indian government has since been in touch with the authorities concerned as to how the SFJ used Russian cyberspace to launch the voter registration for Referendum 2020.

In the backdrop of July 1 commitment of Indian Prime Minister Narendra Modi and Russian President Vladimir Putin to further strengthen the "special and privileged strategic partnership between the two countries in all spheres", use of a Russian portal by the anti-India campaign is a matter of concern.

Meanwhile, Punjab Police cordoned off the area around the Golden Temple complex in Amritsar city apart from the deployment of a posse of policemen around the shrine and barricades at vulnerable spots.

Though police officials were tight-lipped about the heightened security, sources in the intelligence agencies said it was done as a precautionary measure.

The sources said July 4 was chosen by the SFJ for voter registration for Referendum 2020 as the government had "ordered the police to enter the Golden Temple precincts to disperse assembled separatist Sikh volunteers on this day in 1955".

The radical group SFJ is supported by Pakistan-based handlers to provide money and logistical support to radical Sikh elements in Punjab to carry out subversive activities.

The SFJ is headed by Avtar Singh Pannun and Gurpatwant Singh Pannun, who have started advocating Khalistan as well as the online secessionist campaign for Referendum 2020.

SFJ's key member Pannun is among nine individuals who were designated terrorists by the Ministry of Home Affairs on July 1, 2020, for trying to revive militancy in Punjab through anti- national activities and involvement in the Khalistan movement.

Punjab Police booked Pannun and SFJ in April for seditious automated calls aimed at instigating the people, particularly the youth, against the state government during the COVID-19 curfew.

Cases have been registered against Pannun and US-based SFJ under Section 124A of IPC, and Sections 10 (A) and 13 (1) of the Unlawful Activities (Prevention) Act, 1967, at the State Special Operations Cell in Mohali.

The Punjab police has registered 10 cases against the SFJ and its members, while the National Investigation Agency (NIA) is also probing the group in one case.