Modi will take part in the third ground-breaking ceremony of projects committed during the 2018 UP Investors Summit and lay foundation stones for 1,406 projects worth nearly Rs 80,000 crore

Prime Minister Narendra Modi reached Lucknow in Uttar Pradesh to take part in the Ground Breaking Ceremony of the UP Investors Summit on Friday.

He was welcomed by UP Governor Anandiben Patel, Chief Minister Yogi Adityanath, and Defence Minister Rajnath Singh among others.

"The Prime Minister landed in Lucknow, where he was welcomed by UP Governor Anandiben Patel, CM Yogi Adityanath, Defence Minister Rajnath Singh, and other dignitaries," PMO said in a tweet.

Modi will take part in the third ground-breaking ceremony of projects committed during the 2018 UP Investors Summit and lay foundation stones of 1,406 projects worth nearly Rs 80,000 crore.

The ceremony will be attended by leading industrialists Gautam Adani, chairman of Adani Group; Kumar Mangalam Birla, chairman of the Aditya Birla Group; Niranjan Hiranandani of the Hiranandani group, Matthieu Eyries of Air Liquide; Sanjeev Puri of ITC Ltd, Sajjan Jindal of Jindal group, and Yusuf Ali of Lulu Group among others, the government said.

In a tweet on Friday morning, Uttar Pradesh Chief Minister Yogi Adityanath wrote, "Under the guidance of respected PM Narendra Modi ji, 'New India of New Uttar Pradesh' has become the best destination in the country for investment. The enthusiasm of investors towards Ground Breaking Ceremony 3.0 is a direct proof of this. This ceremony is going to give flight to the aspirations of 'New Uttar Pradesh'."

At around 11 AM, Prime Minister will reach Indira Gandhi Pratishthan, Lucknow where he will attend the Ground Breaking Ceremony @3.0 of the UP Investors Summit, the Prime Minister's office informed.

At around 1:45 PM, Prime Minister will reach Paraunkh village, Kanpur, where he will accompany President Ram Nath Kovind to visit Pathri Mata Mandir. Thereafter, at around 2 PM, they will visit Dr BR Ambedkar Bhawan, which will be followed by a visit to Milan Kendra at 2:15 PM.

The Kendra is the ancestral house of the President that was donated for public use and converted to a community centre (Milan Kendra). Subsequently, they will attend a public function at Paraunkh village at 2:30 PM.

The Prime Minister’s Office said the projects for which the foundation stones will be laid, include diverse sectors like agriculture and allied industry, IT and electronics, MSME, manufacturing, renewable energy, pharma, tourism, defence & aerospace, and handloom & textiles, among others.

Among the projects, whose foundation stones will be laid on Friday, 805 belong to the MSME ( micro, small, and medium enterprise) sector. “MSME sector plays a major role in UP’s economy. We need to strengthen it further,” PM Modi had said at the investors’ summit in 2018.

In Friday’s ceremony, a total of Rs 4,459 crore will be pumped into new MSMEs being set up in the state.

However, in terms of investment, the big investment projects will be the seven data centres for which the state will see an investment of Rs 19,928 crore.

An official statement from the UP government said the investment in the Friday’s ceremony will fund at least 275 projects in agriculture and allied industries, and 65 in pharmaceuticals and medical supplies.

Among others, there will be six education sector projects worth Rs 1,183 crore, seven related to dairy worth Rs 489 crore, and six in animal husbandry worth Rs 224 crore, the release said. Two of these units will be started in Agra, three in Aligarh, two in Amethi, one in Ayodhya, seven in Barabanki, two in Bareilly, one in Chandauli, one in Etawah, two in Fatehpur, one in Firozabad, and 40 in Gautam Budh Nagar and Ghaziabad, among other places in the state.

A government release said that 23 tourism and hospitality projects worth Rs 680 crore and a Rs 100-crore project related to the film industry will see their foundation stones being laid.

This will be the third ground-breaking ceremony for the projects that were committed in the 2018 investors summit. 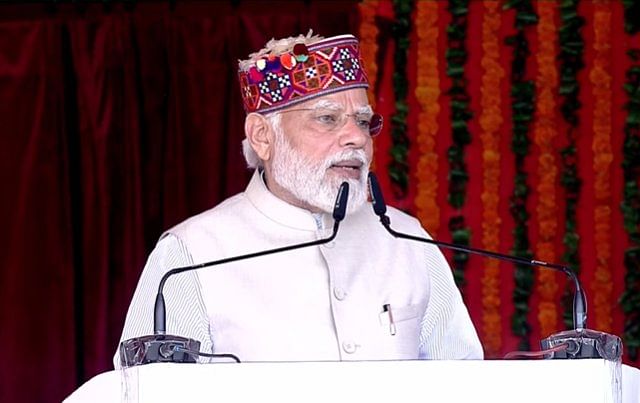