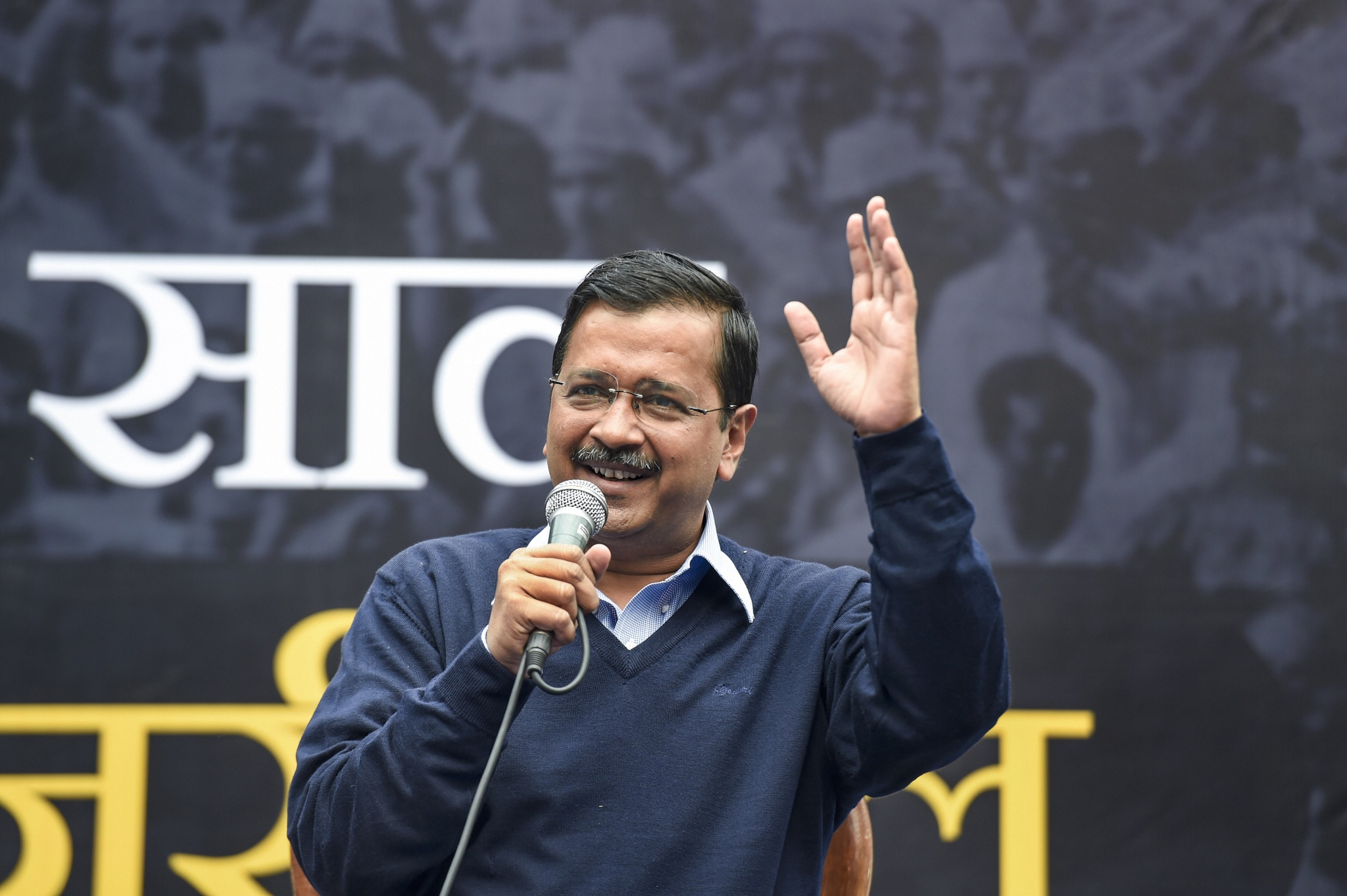 New Delhi: Delhi Chief Minister Arvind Kejriwal on Monday urged his supporters to press the button for broom, AAP’s election symbol, on the EVM machine so hard that the party breaks its 2015 record of winning 67 assembly seats.

Surrounded by scores of supporters, the AAP national convenor took out a roadshow in north Delhi’s Narela and Bawana areas.

“Press the broom button so hard that we will break the record of 2015,” Kejriwal said.

He also thanked the people for coming for the roadshow despite the cold weather and light rain.

Kejriwal, atop an open navy blue jeep, waved to the public and shook hands with people as his roadshow moved through the narrow lanes.

He was accompanied by Sharad Chauhan and Ram Chander, the MLAs of Narela and Bawana, respectively. Holding placards in support of various schemes of the government, including free healthcare, and electricity, AAP supporters danced to the tune of  ‘Lage Raho Kejriwal’ (the party’s anthem). In the assembly polls five years ago, the AAP secured a thumping victory as the party bagged 67 seats, leaving just three for the

The website has pre-recorded messages of the chief minister talking on different issues, such as health, education and unauthorised colonies among others.

“People would also be able to register their complaints which I will address after elections,” he added.