The AAP and the Congress members went with Sinha while the SAD, BJP, and BSP supported Murmu.

Chandigarh: While the Opposition combined nominee Yashwant Sinha had got a sound backing in Aam Aadmi Party (AAP)-ruled Punjab, it was partial in the neighbouring Haryana which is ruled by the BJP-Jannayak Janta Party (JJP) coalition.

Of the total 117 assembly seats in Punjab, 92 are with AAP, 18 with Congress, Shiromani Akali Dal (SAD), three and its ally Bahujan Samaj Party (BSP), one. The BJP has two MLAs and there is one independent.

Out of total of 13 Lok Sabha seats, eight belong to Congress, two each to BJP and SAD while one has gone to SAD (Amritsar). All the seven Rajya Sabha seats belong to AAP.

The AAP and the Congress members went with Sinha while the SAD, BJP, and BSP supported Murmu.

Notably of the total 117 MLAs, 114 voted. One SAD MLA abstained from voting ``for the sake of Punjab and Sikhs’’, and two Congress legislators abstained for personal reasons.

In the 90-member Haryana assembly, the ruling BJP has 40 MLAs, its ally JJP, has 10, Congress has 31, and there are seven independent MLAs, besides one each of the Haryana Lokhit Party (HLP) and Indian National Lok Dal (INLD). Of the total 90, two abstained.

While the Congress members – except for Kuldeep Bishnoi who turned rebel – supported Sinha, one independent MLA chose not to vote for either of the two, a JJP MLA was abroad. All the others supported Murmu. 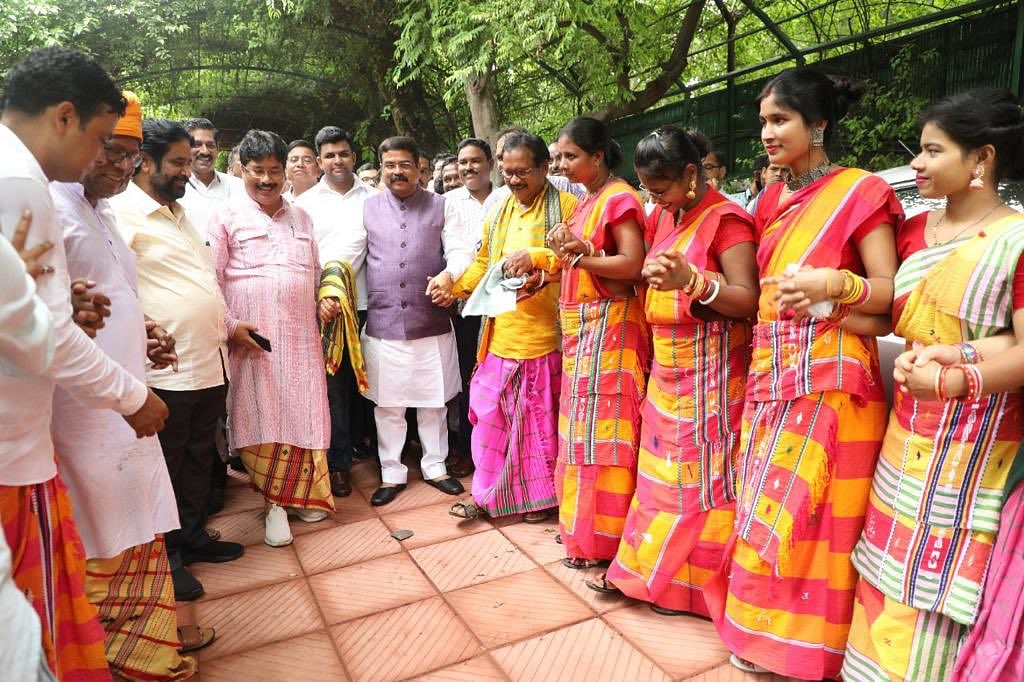