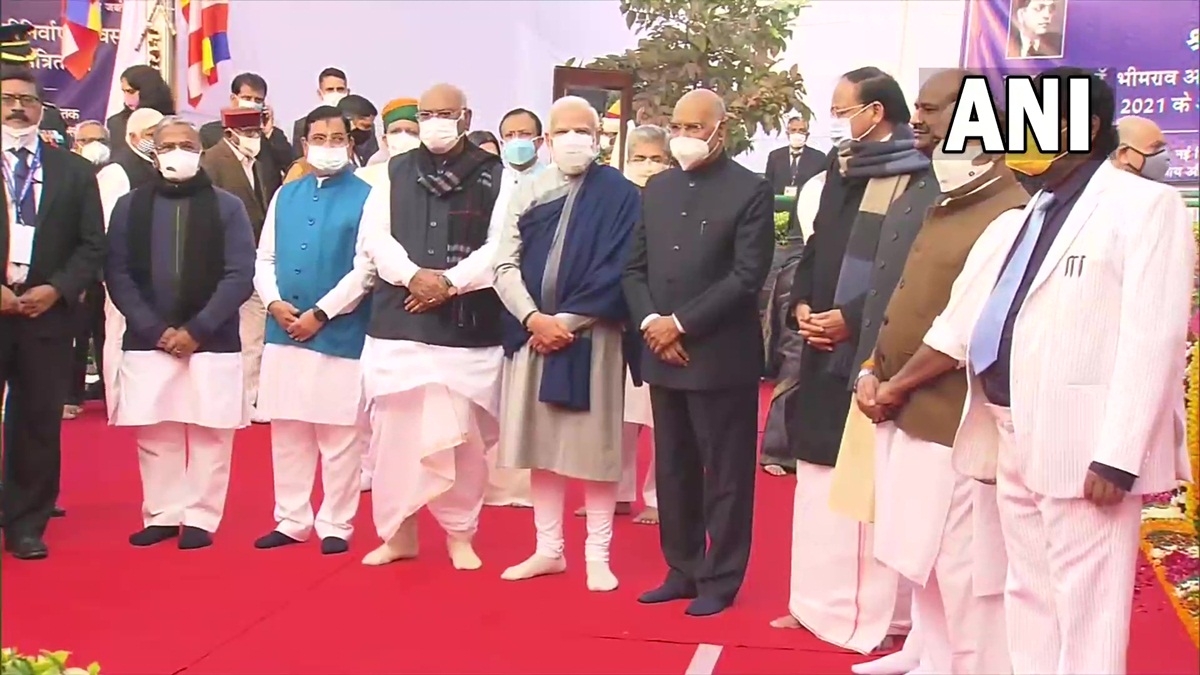 Vice President M Venkaiah Naidu, Lok Sabha Speaker Om Birla, Leader of Opposition (LoP) in Rajya Sabha Mallikarjun Kharge and other parliamentarians paid tribute to the architect of the Constitution at his statue in the Parliament premises today.

Born on April 14, 1891, Babasaheb Ambedkar was an Indian jurist, economist, politician and social reformer who campaigned against social discrimination towards the untouchables (Dalits) and supported the rights of women and workers. He died on December 6, 1956. In 1990, Ambedkar was conferred with the Bharat Ratna, India's highest civilian award.