President Ram Nath Kovind with his wife and family members on Sunday offered prayers to Ram Lalla at a makeshift temple in Ayodhya. The president also planted a sapling and was presented with a miniature replica of the upcoming Ram temple.

Before visiting the temple, Ram Nath Kovind said that Ayodhya is nothing without Lord Ram as he visited the city, where the temple is under construction. "Without Ram, Ayodhya is not Ayodhya. Ayodhya exists where there is Ram. Lord Ram resides permanently in this city, and hence in the true sense, this place is Ayodhya," the president said while inaugurating a Ramayan conclave there.

Apparently referring to his name, Kovind said, "I feel that when my family members named me, they were possibly having the feeling of respect and affection towards Ram Katha and Lord Ram, which is seen in the common public." Elaborating further on Ayodhya, the President said, "The literal meaning of Ayodhya is the one with whom it is impossible to wage a war. Owing to the courage and power of Raghuvanshi kings Raghu, Dileep, Aj, Dashrath and Ram, their capital was considered unconquerable. Therefore, the name of this city as 'Ayodhya' will always remain relevant."

Highlighting the love of Lord Ram towards tribals, he said, "During his days of exile, Lord Ram did not call armies of Ayodhya and Mithila to fight the war. He gathered the Kols, Bheels, Vaanars and formed his army. In his campaign, he included 'Jatayu (vulture)'. He strengthened love and friendship with the tribals." A postal cover of the Ramayan conclave was also unveiled by the President on the occasion. 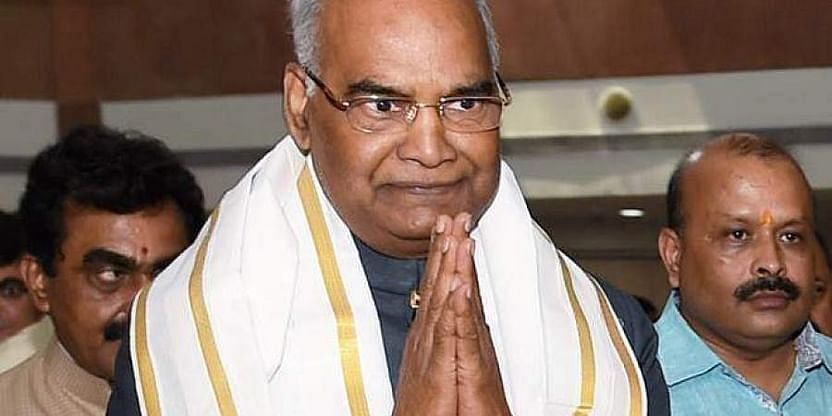