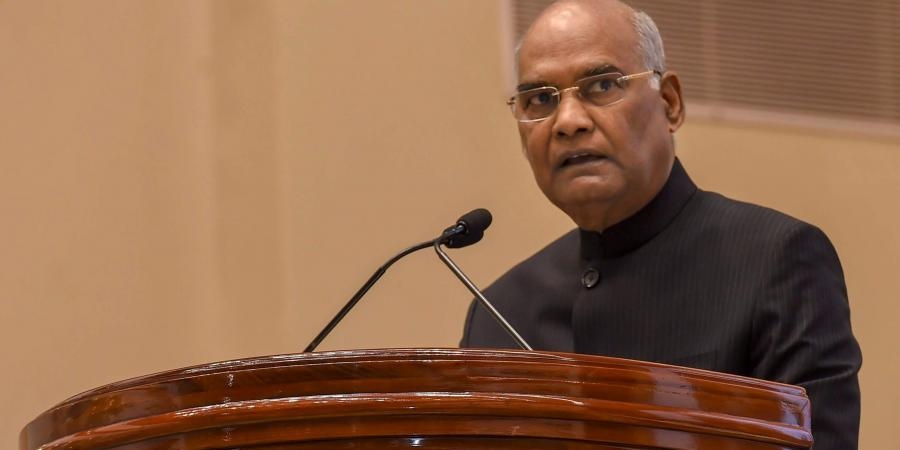 A petition filed before President of India, Ram Nath Kovind, by Padma awardee Mohammad Sharif, has evoked a prompt response.

The President's secretariat informed that Sharif's July 19 petition has been forwarded to UP chief minister's office for necessary action.

Mohammad Sharif, who had won the Padma award for performing the last rites of over 25,000 unclaimed bodies, pleaded in his petition that since he is on death bed, the Padma medallion be delivered to his doorstep so that he can take a glimpse before he dies.

He also cited family debts, debilitating disease and crammed existence in a two-room tenement to seek financial assistance from the government.

Sharif, 85, is yet to receive the medallion after the Rashtrapati Bhawan ceremony was deferred due to the pandemic.

"I am living in a two-room house on waqf land, which is too small for my joint family. After the Padma honour, the district administration allotted an 80 square feet house, which was still smaller. I am facing a severe economic crisis after my sons lost their livelihood during the pandemic. I am neck-deep in debt and do not have money for medicines. My elder son, Saghir, has taken forward my mission of performing the last rites of unclaimed bodies. He sought help of local legislators, but to no avail. Please provide financial assistance and a house for us," he wrote in his letter to the President.

His son Mohammad Saghir told reporters, "My father is suffering from serious heart ailments and since both his knees are jammed up, he is unable to move. The arteries of the heart are also choked and he immediately needs stent implants and a knee surgery, according to medical experts."

Meanwhile, a senior official in the chief minister's secretariat said that the President's note had been received and relief would be provided to Mohd Sharif at the earliest.