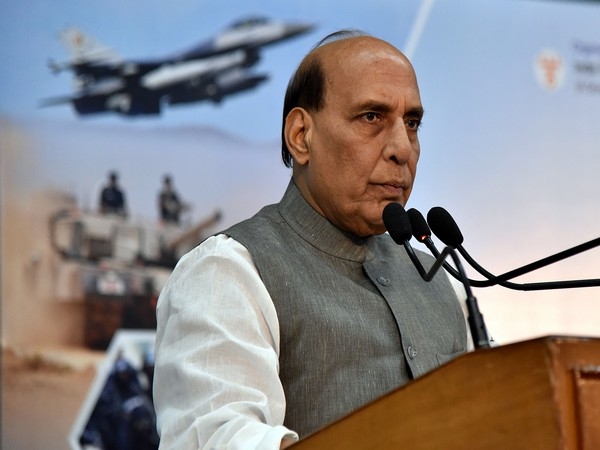 Lucknow: Defence Minister Rajnath Singh on Saturday said it was the prerogative of the governor to invite a party to form a government.

The comments come after BJP's Devendra Fadnavis and NCP leader Ajit Pawar took oath as the Maharashtra chief minister and deputy chief minister respectively on Saturday in an unexpected development a day after Shiv Sena president Uddhav Thackeray emerged as the Sena-NCP-Congress' consensus candidate for the top post. At this point of time in this programme, I do not wish to make any political statement. It was the prerogative of the governor," Singh said at an event in Lucknow.

"The governor invited the person (to form the government) after he was satisfied." At the event, Singh paid tributes to former servicemen and their families in Lucknow, and said the country is proud of them.

Addressing the audience, which had gathered at the AMC Stadium, Singh said: "The nation is proud of its armed forces and equally proud of its ex-servicemen, who can still discharge their duties if the need arises with same confidence.

I am assured of this." The defence minister visited various stalls put up at the stadium and also interacted with former servicemen and their widows.

Singh said Uttar Pradesh had been the birthplace of war heroes like Abdul Hamid and Manoj Pandey, adding that the entire nation would remain indebted to them.