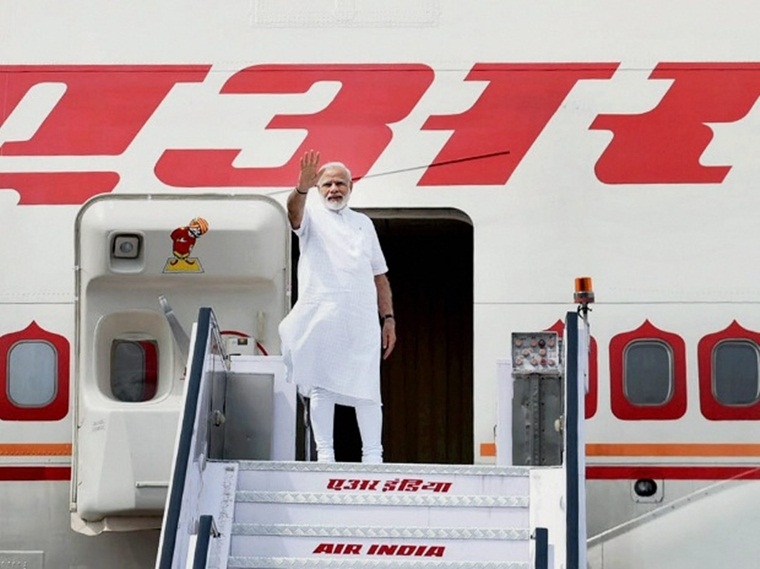 New Delhi: Two custom-made B777 planes, which will be used to fly Prime Minister Narendra Modi and other top Indian dignitaries from July next year, will be operated by pilots of the Indian Air Force and not of Air India, said a senior official on Wednesday.

However, the new wide-body planes will be maintained by Air India Engineering Services Limited (AIESL), which is a subsidiary of the Indian national carrier, he said. Currently, the prime minister, President Ram Nath Kovind and Vice President M Venkaiah Naidu fly on Air India's B747 planes, which have the call sign 'Air India One'.

Air India pilots fly these B747 aircraft for the dignitaries and the AIESL maintains them. When these B747 aircraft are not flying the dignitaries, they are used by the Indian national carrier for commercial operations. "The two new B777 planes will come to India from US facility of Boeing by July next year. They will have the call sign 'Air India One'. Only IAF pilots will be flying the two new aircraft for PM, president and vice president," a senior official of the national carrier said.

The official said 4-6 pilots of IAF have already been trained by Air India to fly the B777 planes. "Some other pilots of IAF will come for training soon," he added. The new planes will be used for the travel of the dignitaries only. The B777 planes will have state-of-the-art missile defence systems called Large Aircraft Infrared Countermeasures (LAIRCM) and Self-Protection Suites (SPS). In February, the US agreed to sell the two defence systems to India at a cost of total USD 190 million. The Centre is planning to initiate the process of divestment of its stake in Air India, which has a debt of over Rs 60,000 crore, from November this year.