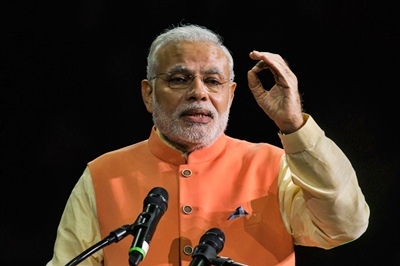 New Delhi: Prime Minister Narendra Modi on Thursday paid rich tributes to former president A.P.J. Abdul Kalam, and called for more innovations that could benefit the world at large. Unveiling a bust of the late president in the Defence Research and Development Organisation complex here on the occasion of Kalam’s birth anniversary, Modi said a memorial to him would be built at his birthplace Rameswaram in Tamil Nadu.

“The government has decided on the place where the memorial will be built – where he was born, where he was buried, in that village, to inspire the future generations. I have formed a committee of ministers to finalise the outline of the memorial,” the prime minister said.

Talking about Kalam, the prime minister said: “Soon after quitting the president’s post, he took a flight to Chennai and began teaching.”

“And look at his last moments… Where is Rameswaram, where is Delhi, and where is northeast..! Going there at his age and spending time with students reflects his commitment,” he said.

“India must be powerful, but not just by weapons… This was not Kalam Sahab’s thought. Weapon power is important, and he contributed to it, but he believed a nation is not identified by boundaries, but by its people. “So he took up both together, defence research and enrichment of human resource,” Modi said.

Kalam was born and raised in Rameswaram and studied physics and aerospace engineering. He was a scientist and science administrator for four decades, mainly at the DRDO and the Indian Space Research Organisation and was closely involved in India’s civilian space programme and missile development efforts. Kalam was the 11th president of India during 2002-07. He died on July 27.