HomeIndiaPM Modi dials King Charles III to have 'first conversation with His Majesty', speak on 'issues of mutual interest'

PM Modi dials King Charles III to have 'first conversation with His Majesty', speak on 'issues of mutual interest'

A number of subjects of mutual interest were discussed during the call, including Climate Action, conservation of biodiversity, innovative solutions for financing energy-transition, etc.

Prime Minister Narendra Modi on Tuesday called up King Charles III to have his first conversation with the British royal since he took over the monarchy after Queen Elizabeth's demise.

A number of subjects of mutual interest were discussed during the call, including Climate Action, conservation of biodiversity, innovative solutions for financing energy-transition, etc.

PM Modi also conveyed his best wishes to the King for a very successful reign. He also "expressed his appreciation for His Majesty’s abiding interest and advocacy on these issues." "Prime Minister briefed His Majesty on India’s priorities for its G20 Presidency, including propagation of digital public goods. He also explained the relevance of Mission LiFE - Lifestyle for Environment, through which India seeks to promote environmentally sustainable lifestyles.

"The leaders exchanged views on the Commonwealth of Nations and how to further strengthen its functioning.

"They also appreciated the role of the Indian community in the UK in acting as a “living bridge” between both countries and enriching bilateral relations," the government release stated. 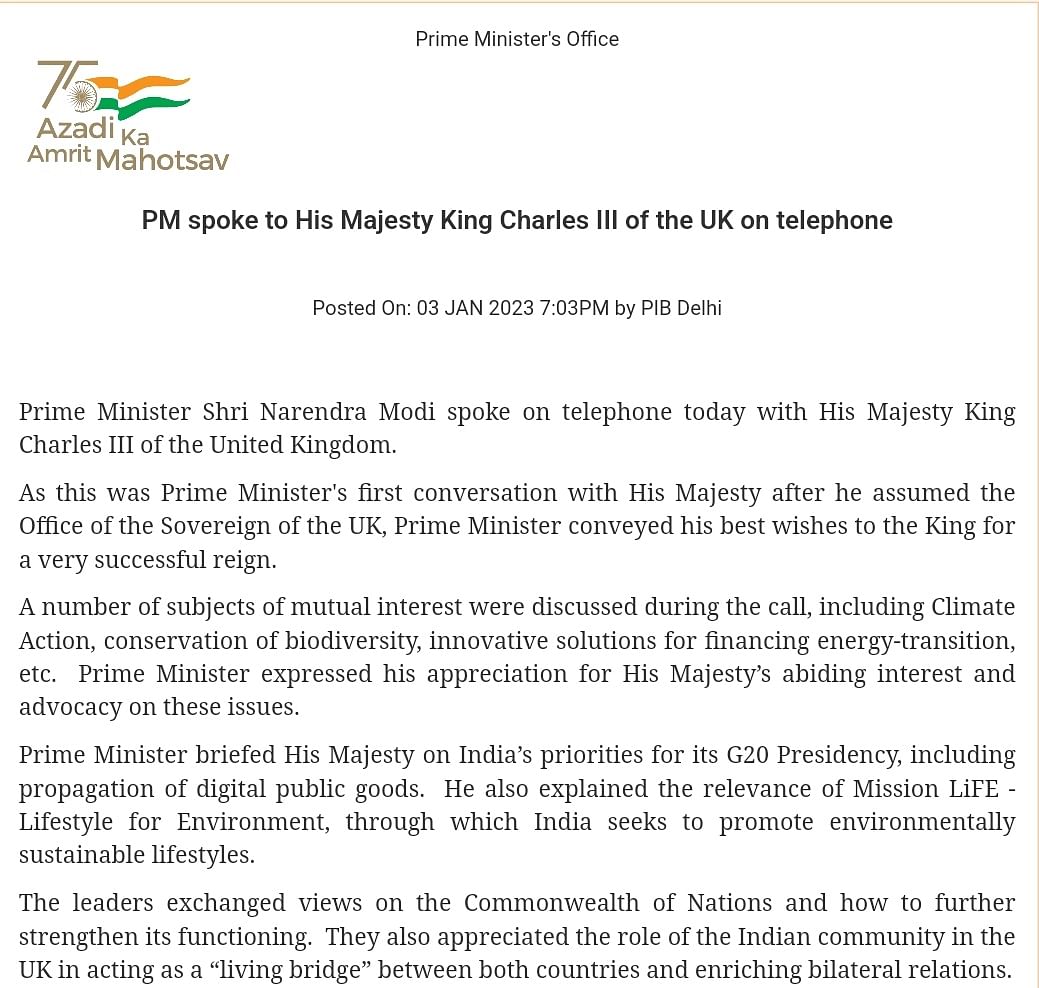 Modi then took to social media to express his "pleasure" to speak to King Charles.

"It was a pleasure to speak with His Majesty King Charles III on issues of mutual interest, including environmental protection, climate resilience, and the Commonwealth.

"Also discussed the priorities of India's G20 Presidency, and the potential of Mission LiFE," Modi tweeted.

Read Also
108th Indian Science Congress: All you need to know about the event to be inaugurated by PM Modi...