Prime Minister Narendra Modi on Friday called for united efforts to shape global norms for emerging technologies like social media and cryptocurrencies so that they are used to "empower" democracy and not to "undermine" it.

In a virtual address at the Summit for Democracy hosted by US President Joe Biden, Modi said India would be happy to share its expertise in holding free and fair elections and in enhancing transparency in all areas of governance.

Referring to Abraham Lincoln's famous quote on democracy, the prime minister also added that democracy is also about being "with the people, within the people." "The structural features like multi-party elections, independent judiciary, and free media are important instruments of democracy. However, the basic strength of democracy is the spirit and ethos that lie within our citizens and our societies," he said.

The prime minister also called for joint efforts to shape global norms for emerging technologies like social media and cryptocurrencies.

"We must also jointly shape global norms for emerging technologies like social media and cryptocurrencies, so that they are used to empower democracy, not to undermine it," he said.

This is for the second time in the last three weeks that Modi called for working together on the need to regulate cryptocurrencies.

In his virtual address at the Sydney Dialogue on November 18, Modi urged democratic nations to work together to ensure that the cryptocurrency does not end up in the wrong hands.

"It again found full expression with India's independence, and led to an unparalleled story in democratic nation-building over the last 75 years," he said.

"It is a story of unprecedented socio-economic inclusion in all spheres. It is a story of constant improvements in health, education, and human well-being at an un-imaginable scale," he said.

"Elected republican city-states such as Lichhavi and Shakya flourished in India as far as 2,500 years back. The same democratic spirit is seen in the 10th Century 'Uttaramerur' inscription that codified the principles of democratic participation," he said.

"This very democratic spirit and ethos had made ancient India one of the most prosperous," he said.

Modi said by working together, democracies can meet the aspirations of the citizens and celebrate the democratic spirit of humanity.

"India stands ready to join fellow democracies in this noble endeavour," he said.

Modi began by saying that he is proud to represent the world's largest democracy at the summit.

"India would be happy to share its expertise in holding free and fair elections, and in enhancing transparency in all areas of governance through innovative digital solutions," he said.

The prime minister said different parts of the world have followed different paths of democratic development and there is much to learn from each other.

"We all need to constantly improve our democratic practices and systems. And, we all need to continuously enhance inclusion, transparency, human dignity, responsive grievance redressal and decentralisation of power," he said. 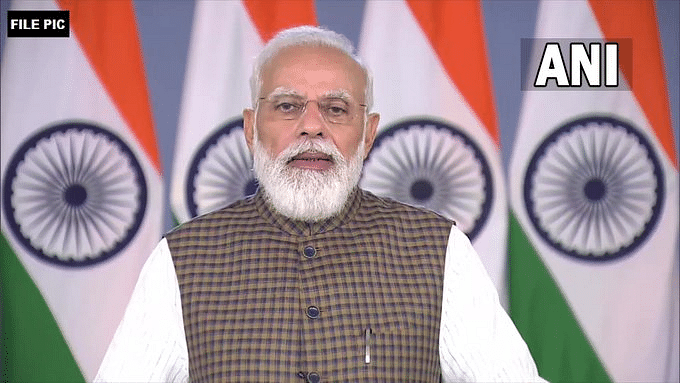