PM Modi lays foundation stone of UP Defence Corridor project in Jhansi, hands over made-in-India military hardware to armed forces under 'Aatmanirbhar Bharat'; all you need to know

For the Jhansi node of the Uttar Pradesh Defence Industrial Corridor, the state government has made nearly 1,034 hectares of land made available.
ANI 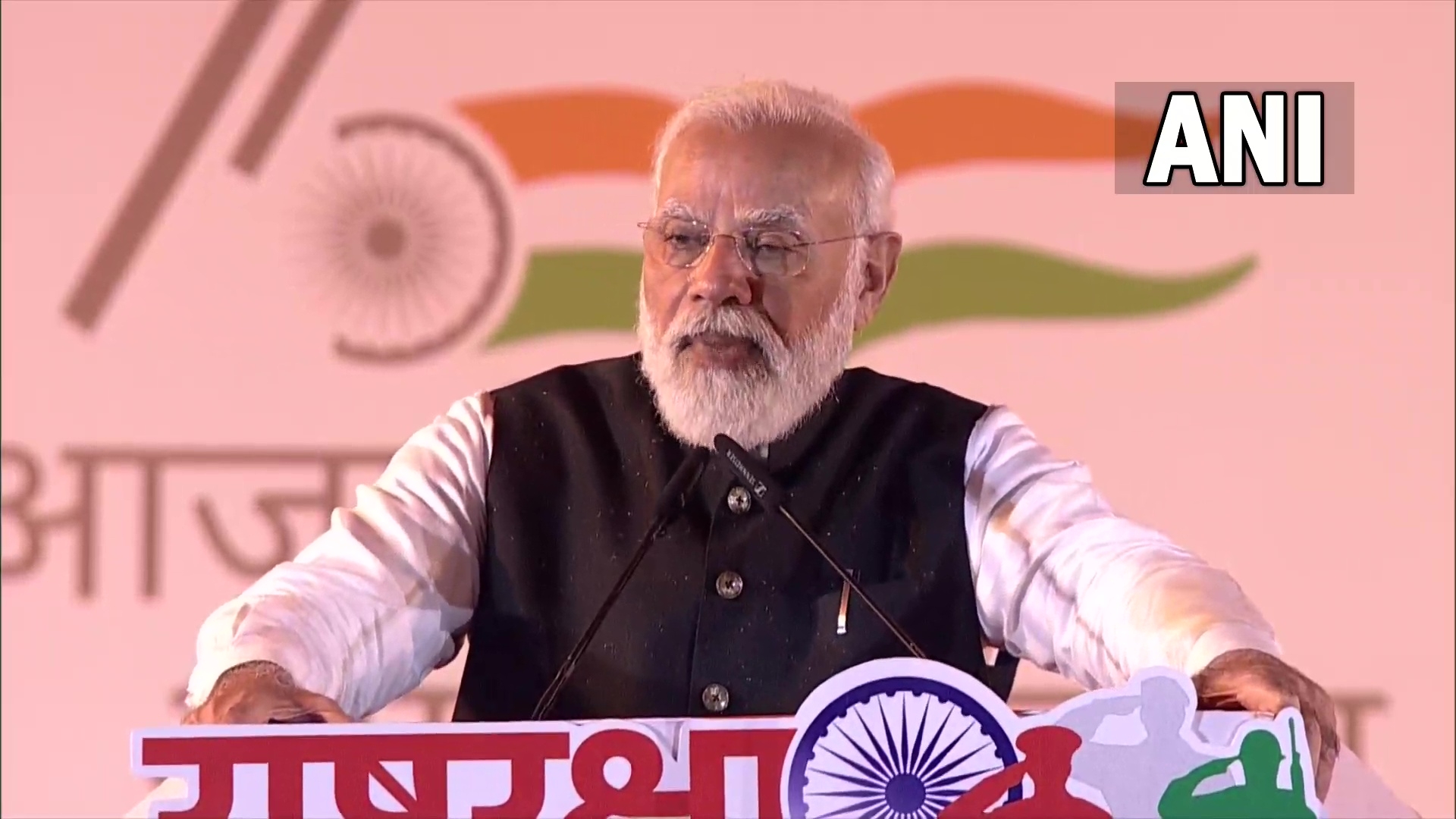 The Prime Minister laid the foundation stone of the much-awaited significant project on the concluding three-day 'Rashtra Raksha Samarpan Parv' event being organized by the Ministry of Defence (MoD) along with the government of Uttar Pradesh here in the city.

For the Jhansi node of the Uttar Pradesh Defence Industrial Corridor, the state government has made nearly 1,034 hectares of land made available.

Bharat Dynamics Ltd, a Defence Public Sector Undertaking (DPSU), is setting up a plant for the propulsion system for Anti-Tank Guided Missiles in the Jhansi node. It will be spread over 183 acres of land in Jhansi. The facility will involve an investment of Rs 400 crores.

The project is expected to provide direct employment to 150 people and indirect employment to nearly 500 people. Besides, the Prime Minister dedicated and launched several new initiatives of MoD to the nation in a grand ceremony organized in the precincts of Jhansi Fort.

The Ministry of Defence has taken several steps to promote 'Aatmanirbhar Bharat' in defence in the last two years. These include the issue of positive indigenization lists, earmarking of 64 percent of capital procurement budget for the domestic industry, promotion of startups under Innovations For Defence Excellence (iDEX) initiative, speeding up of capital acquisition process and setting up of Defence Industrial Corridors among others.

During his address, the the PM said that Jhansi node of UP Defence Industrial Corridor will open new opportunities for MSMEs& small industries, providing new employment opportunities to the youth. This means that the region, which was suffering the plight of migration, will now to become an attraction for investment.

"Bundelkhand is going to the play the role of 'sarathi' in UP Defence Industrial Corridor. Once known for its courage & valour, Bundelkhand will now also be recognised as a major centre of India's defence strength," said Modi.

As a demonstration of the thrust on 'Aatmanirbhar Bharat', the Indian Army, Indian Air Force and Indian Navy are adopting indigenously designed and developed platforms for their use. Three platforms were formally handed over by the Prime Minister to respective Service Chiefs in the event.

PM Modi handed over LCH to the Chief of the Air Staff VR Chaudhari in the ongoing 'Rashtra Raksha Samarpan Parv' event from Red Fort. LCH is a new addition to HAL's helicopter division. This twin-engine helicopter is a dedicated combat helicopter of 5 to 8-tonne class.

These platforms depict maturing of the Indian defence industry ecosystem with contributions from Defence Research and Development Organization (DRDO), DPSUs and Defence industry and startups.

Despite enrolling himself as the first member of the 'NCC Alumni Association' at historic Jhansi Fort, the Prime Minister also launched the association which is expected to further the aims of the National Cadet Corps (NCC) and assist in nation-building.