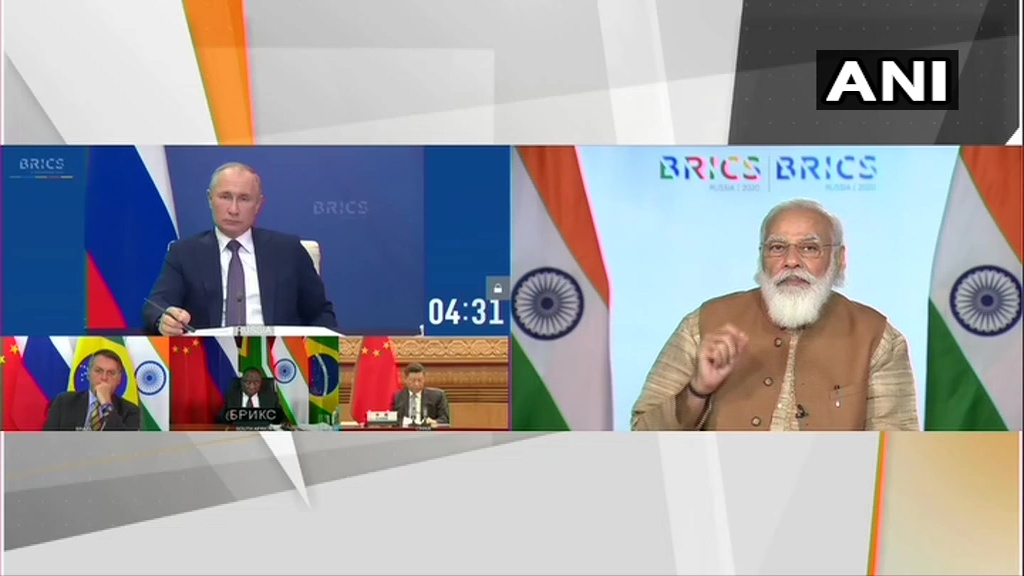 PM Modi on Tuesday urged the BRICS countries to hold accountable the state sponsors of terrorism, indirectly cornering Pakistan's ally China at the twelfth BRICS summit. In his opening remarks at the summit held virtually on Tuesday, Prime Minister Modi said, "Terrorism is the biggest problem facing the world today. We must ensure that the countries that support and assist the terrorists are also blamed, and this problem is dealt with in an organised manner."

China, a member of BRICS (the group comprising five emerging economies of Brazil, Russia, India, China and South Africa), has repeatedly shielded Pakistan from international censure at the United Nations Security Council, for sponsoring cross-border terrorism in India and Afghanistan.

Reiterating that India has been a firm supporter of multilateralism as a founding member of the UN, PM Modi said, "Even in Indian culture, the whole world is treated as one family, so it was natural for us to support an institution like the UN. Our commitment to UN values has remained unshaken - India has lost the most valiant soldiers in peacekeeping operations. But today the multilateral system is going through a crisis."

Both credibility and effectiveness of institutions of global governance are being questioned, he said adding that the main reason for this is that these did not change properly over time. These are still based on a 75-year-old world mentality and reality. India believes reforms are very mandatory in the UN Security Council, he asserted.