Arvind Kejriwal is on a two-day visit to Gujarat from Saturday, ahead of the Assembly polls in the state due later this year.

Rajkot: A plastic water bottle was thrown in the direction of Delhi Chief Minister Arvind Kejriwal at a Garba event in Gujarat's Rajkot city, but the object did not hit him and passed over his head, Aam Aadmi Party (AAP) leaders said on Sunday.

A video grab of the incident, which took place on Saturday night during Kejriwal's visit to the Navratri event, showed the bottle thrown towards AAP national convener from behind as he walked waving at the participants.

The Delhi CM was accompanied by security officials and senior party leaders as he walked through the crowd of revellers.

AAP's media coordinator Sukanraj said, "The bottle was thrown from some distance. It passed over Kejriwal's head. It appears the bottle was thrown at Kejriwal, but we cannot say for certain that this was the case. There was no need to approach the police." 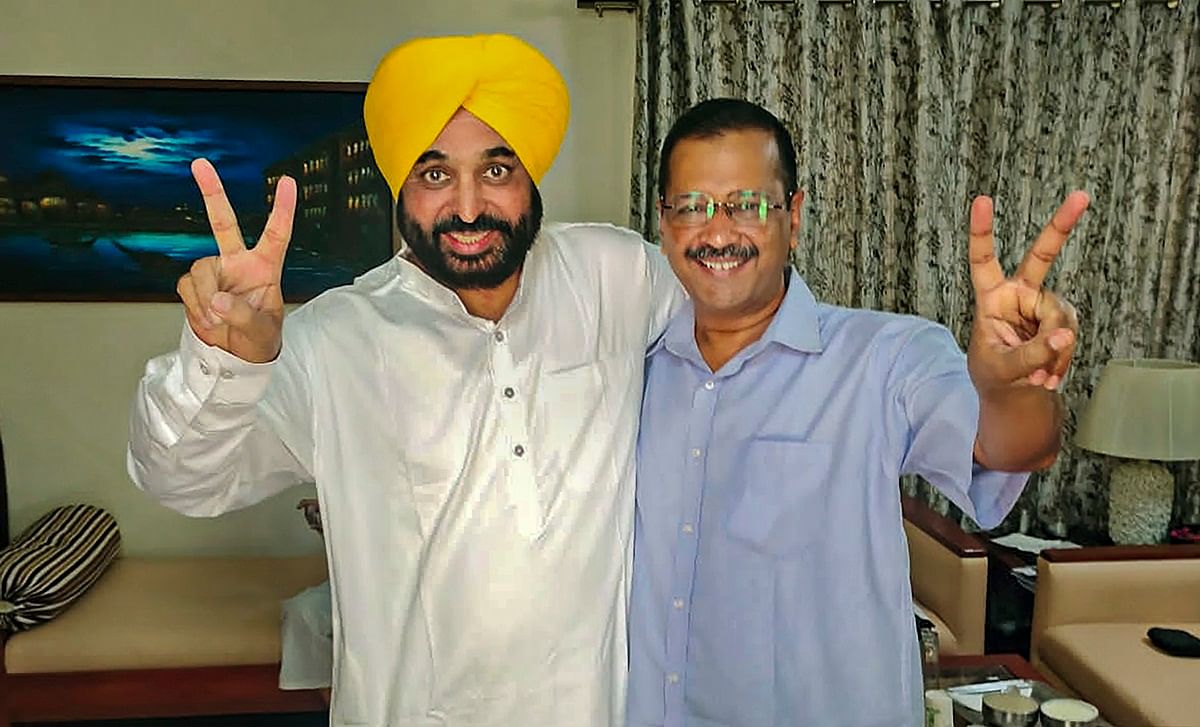 Kejriwal and Punjab Chief Minister Bhagwant Mann are on a two-day visit to Gujarat from Saturday, ahead of the Assembly polls in the state due later this year. Mann also took part in a Garba event at another venue in the city.

The two CMs stayed in Rajkot during the night after holding rallies at Gandhidham in Kutch district and Junagadh on Saturday.

They will jointly address two rallies in Surendranagar city and Khedbrahma town of Sabarkantha on Sunday.