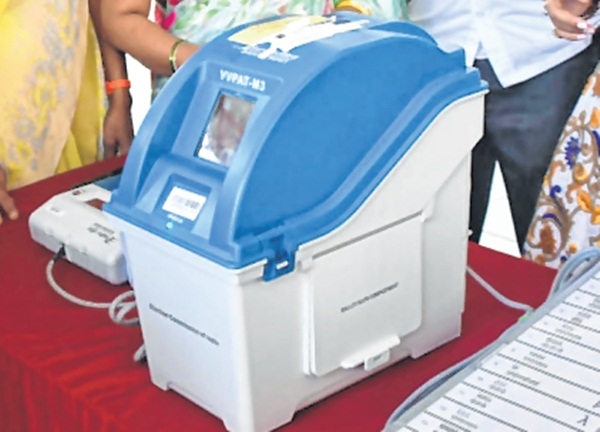 New Delhi: After completion of polling in 303 Lok Sabha constituencies, 71 seats spread across nine states, mostly in the Hindi heartland, will be up for grabs in the fourth phase on April 29, of which the ruling BJP will have to defend 45.  Of the seats going to polls in the coming phase, 17 are in Maharashtra, 13 each in Rajasthan and Uttar Pradesh, eight in West Bengal, six in Madhya Pradesh, six in Odisha, five in Bihar and three in Jharkhand.

In the 2014 elections, the BJP had won 45 of these 71 seats – all the 13 in Rajasthan, 12 of 13 in Uttar Pradesh, five of six in Madhya Pradesh, three of five in Bihar, all three in Jharkhand, eight of 17 in Maharashtra and one of eight in West Bengal. In Maharashtra, all the remaining nine were won by Shiv Sena and in Bihar, the remaining two seats were bagged by BJP’s ally Lok Janshakti Party.

Of these 71 seats, the Congress had bagged only two – one in Madhya Pradesh and one in West Bengal. Among other parties, BJD won all six in Odisha, Trinamool Congress six in West Bengal and Samawadi Party won a seat in Uttar Pradesh.  In Bihar, the political equations have changed from the last Lok Sabha elections.

In 2014, Bihar’s ruling party JD(U) was on the opposite side of the BJP but this time, it is a constituent of the NDA, facing the challenge from its erstwhile ally RJD along with the Congress and some smaller parties.  This phase of polling will decide the fate of LJP leader Ramchandra Paswan in Samastipur.

In Jharkhand, the BJP faces the combined might of Congress, JMM, RJD and Jharkhand Vikas Morcha (Prajatantrik) which are out to ensure that the ruling party does not repeat its 2014 performance when the NDA won 12 of 14 seats. In 2014, the opposition was divided in 2014 and BJP gained from it. Jharkhand is among the states where BJP has formed an alliance and has given a seat to All Jharkhand Students Union.

In Madhya Pradesh, the election will be a prestige battle for Chief Minister Kamal Nath of the Congress, who took over the reins of the state only five months back. In the 2014 Lok Sabha elections, the BJP had swept Madhya Pradesh but it lost in the Assembly polls held in December last year after being in power in the state for 15 consecutive years.

The elections were won by the Congress, which is hoping to continue that trend in these Lok Sabha polls. With the two parties having got nearly equal share of votes in the assembly polls, the contest appears keen.  A major highlight of these polls is that the BJP has fielded Malegoan blast accused Pragya Thakur from prestigious Bhopal constituency against senior Congress leader and former Chief Minister Digvijay Singh.

In Maharashtra, the fourth phase will see all the seats in Mumbai metropolis going to the polls. The candidates in the fray include former Union Minister Milind Deora, actress Urmila Matondkar and actor Sanjay Dutt’s sister Priya Dutt from the Congress and Poonam Mahajan, daughter of late BJP leader Pramod Mahajan, from the BJP.

The Congress is making all out efforts to reclaim its support base in Mumbai as BJP and Shiv Sena had made a clean sweep in the city in 2014. NCP chief Sharad Pawar’s grand nephew Parth Pawar is making his electoral debut from Maval.  In Odisha, the BJP is trying to make inroads in the citadel of the Biju Janata Dal (BJD), which has been dominating the political scene for over a decade now.

An interesting contest is on the cards in Kendrapara, where Jay Panda, a former BJD leader who is now with the BJP, is pitched against actor-turned politician Anubhav Mohanty. In Rajasthan, the fourth phase will see traditional seats of Chief  Minister Ashok Gehlot and his predecessor Vasundhara Raje going to the polls.  Gehlot’s son, Vaibhav is making his electoral debut from Jodhpur and is pitted against sitting BJP MP and Union Minister Gajendra Singh Shekhawat.

Raje’s son Dushyant Singh is seeking re-election from Jhalawar-Baran. Raje had also won the constituency for five times. In Uttar Pradesh, the fourth phase will include most of the seats in Bundelkhand region where the BJP performed credibly in 2014 but faces a strong challenge from Samajwadi Party and Bahujan Samaj Party combine this time.  The electoral scene in this region is dominated by agrarian issues. The phase will also see key contests in Kanpur and Farrukhabad.

Congress has fielded former union ministers – Sriprakash Jaiswal in Kanpur and Salman Khurshid in Farrukhabad.  Veteran BJP leader Murli Manohar Joshi, who won from Kanpur in 2014, has been denied a ticket this time by the party which has fielded state Minister Satyadev Pachauri.