Braving freezing cold, they took out small marches outside the varsity, shouting slogans against the government.
PTI 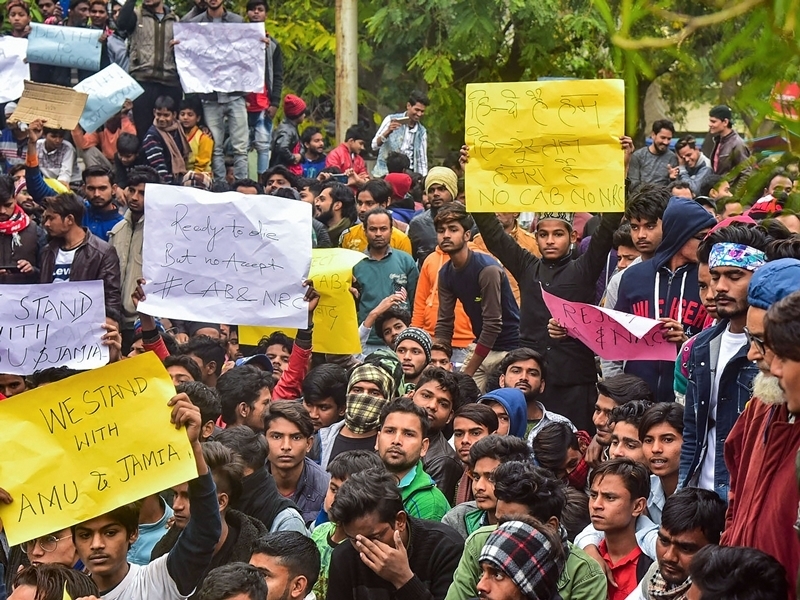 New Delhi: Protesters, including students and local residents, converged outside Jamia Millia Islamia University here with tricolour and placards on Tuesday to continue their demonstration against the Citizenship Amended Act and National Register of Citizens.

Braving freezing cold, they took out small marches outside the varsity, shouting slogans against the government. They, however, made sure the movement of traffic was not affected. 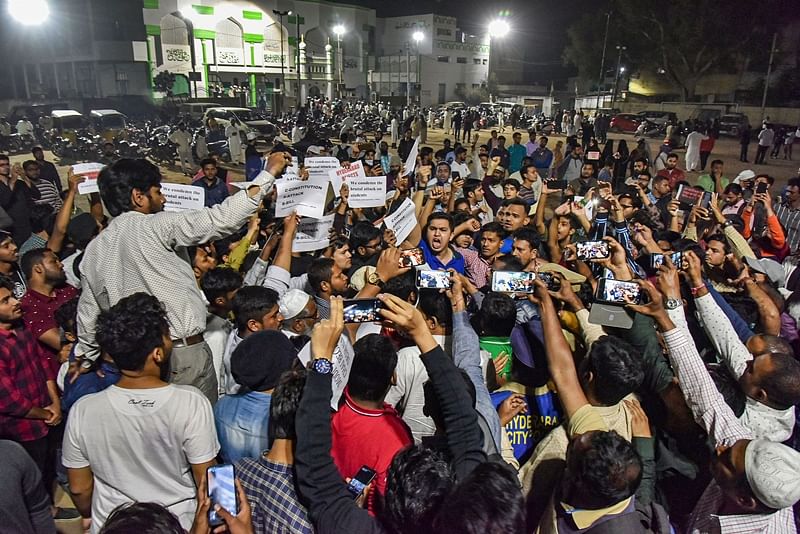 A few students said though many of their classmates have gone back home, they have decided to stay put and fight till the amendments in the Citizenship Act are withdrawn.

This is the second consecutive day of peaceful protests after the demonstration on Sunday turned violent.

On Monday, thousands of students took to the streets demanding a probe into the use of teargas on Sunday inside the Jamia university's library as well as police entering the campus without permission from university authorities.

Scores of protesters including Jamia students, policemen and locals were injured, four DTC buses were torched and over 100 private vehicles and 10 police bikes were also damaged in the violence and arson that took place during the protest on Sunday.

Women from all age groups, including grandmothers and sisters of students, were seen taking the lead in the protest on Monday, vowing to continue the fight for justice till their "last breath".

Residents and parents of students from nearby areas came out in numbers to support them.