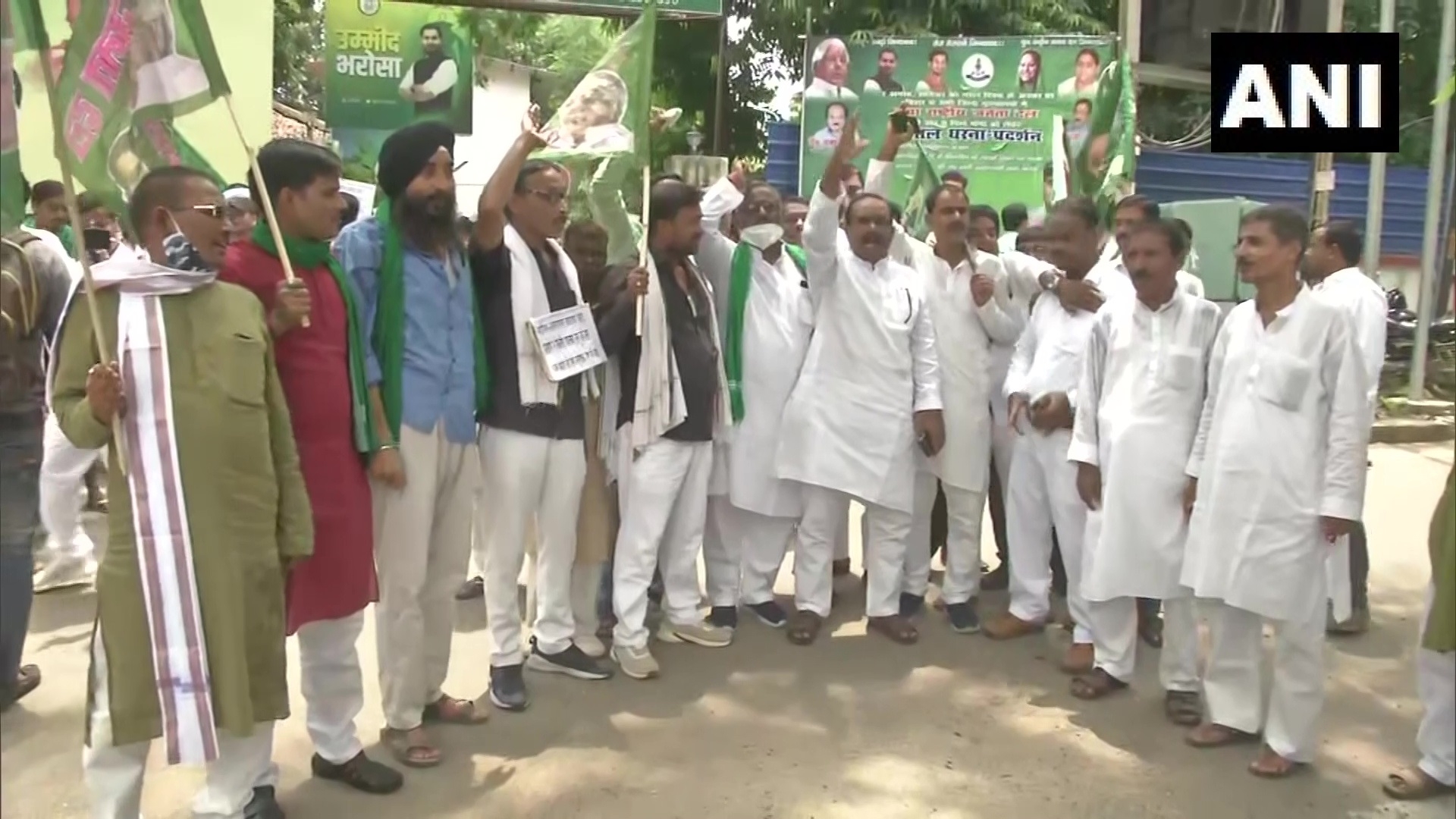 Rashtriya Janata Dal (RJD) on Saturday staged a protest outside the party office in Patna demanding the implementation of a caste-based census in the state.

Earlier in February, Bihar Chief Minister Nitish Kumar had demanded a caste-based census stating that. "It is very important to get this done once. After this, we will get to know the caste-demographic in our society and that will facilitate us in decision-making for work to be done for them." But later, RJD leader and Leader of Opposition in Bihar Assembly Tejashwi Yadav accused Nitish Kumar to have portrayed caste-based census as his own idea when it was originally proposed by former Chief Minister of Bihar Karpoori Thakur.

"Caste-based census is late Karpuri Thakur's formula, and not Nitish Kumar's. He is just trying to project this to originally be his demand. As for us, we had sent the proposal for such a census to the Centre after getting it approved by the state's legislative assembly. Now, it is for the Centre to take the call," he added.

On July 24, Kumar reiterated his demand for a caste-based census and said that it will facilitate the government to make better decisions for the development and welfare of people. Later on July 28, Yadav slammed the Centre for not conducting the census and told that the proposal for the census had already been sent to the Centre twice.

Kumar and Yadav also had a meeting where the two discussed putting forward a proposal in front of the Centre. Meanwhile, Janata Dal (United) leader Upendra Kushwaha hinted that the two allies in the state JD (U) and Bharatiya Janata Party (BJP) share different views on the issue.