He requested Speaker Om Birla during Zero Hour to ensure that such kind of issues are not repeated by any member against other member.
PTI 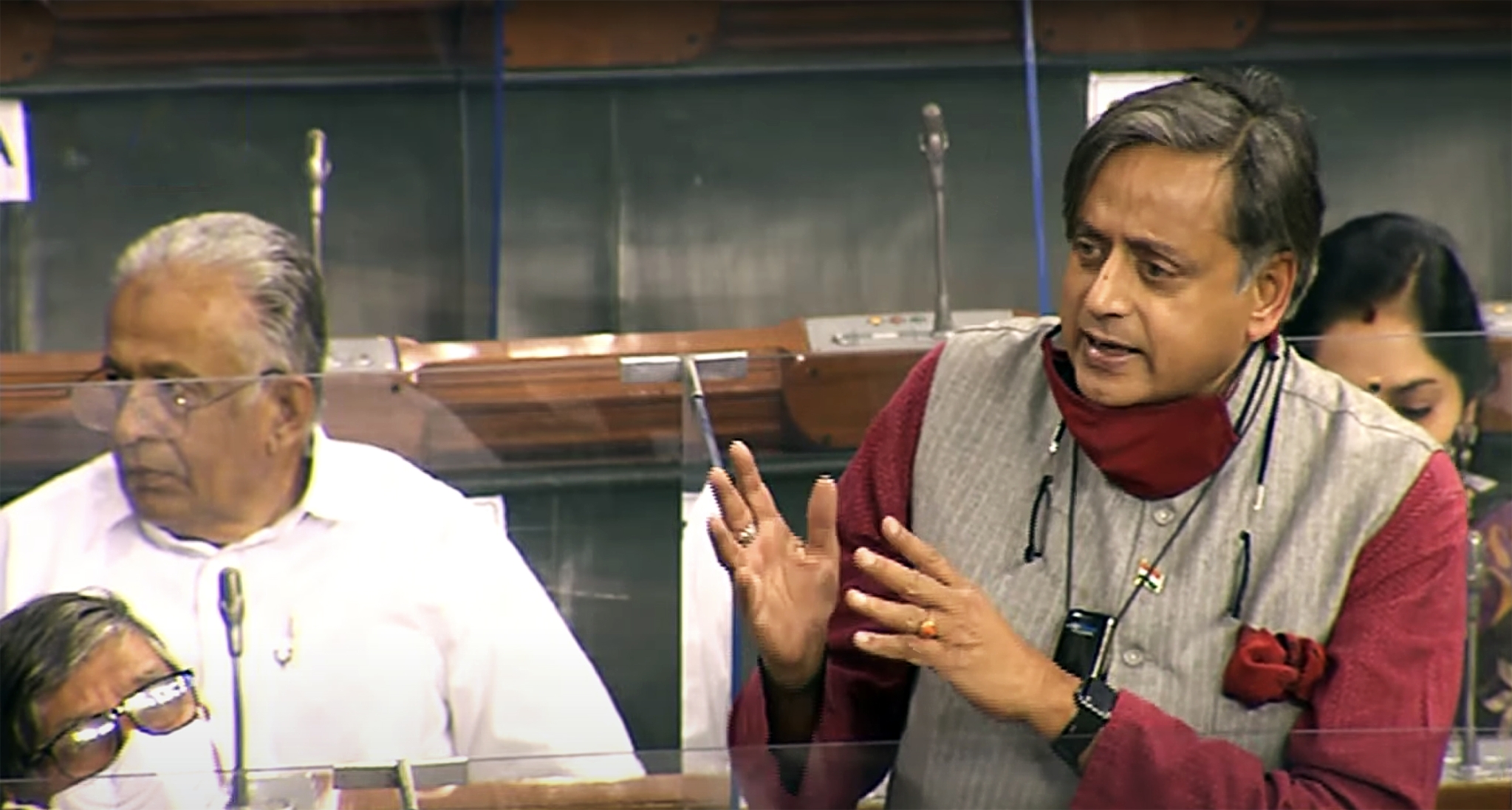 Congress Lok Sabha MP Shashi Tharoor speaks in the Lower House during the Winter Session of Parliament, in New Delhi on 3 Dec 2021. | ANI

Congress MP Shashi Tharoor on Thursday demanded that a "misleading" personal attack on him by a member of Lok Sabha during a debate earlier this week should be condemned.

He requested Speaker Om Birla during Zero Hour to ensure that such kind of issues are not repeated by any member against other member.

Claiming that a breach of Parliament procedure and etiquette by the member of the House during the course of his remark on the High Court and Supreme Court Judges (Salaries and Conditions of Service) Amendment Bill, 2021, was violated, Tharoor said it is clear from the transcript that the member stated: "Aise to inko bahas mein bhag nahi lena chahiye inka bhi ek case pending pada hua hai (he (Tharoor) should not be participating in debate as a case is pending against him)."

The Congress MP said he regretted this kind of remark and added "the claim itself is false and there is no pending case against me. The accusation being referred to have been dismissed by court of law. To say what he (said member) asserted is misleading the House and Chair." Moreover, he said even if a case is pending against any member of the House that does not preclude the MP from participating in any deliberation.

Tharoor demanded that the Speaker should condemn this act.

To this, Birla requested members to follow the parliamentary procedure and rules.

Later responding to Tharoor's remark, Nishikant Dubey (BJP) said members should be sticking to the issue and not deviate from the topic of discussion.

Referring to his intervention made during discussion on that day, Dubey said he had raised point of order asking Tharoor through the Chair to refrain from speaking on cases pending before the court of law.

"If you point one finger at us four fingers would be pointed back at you," he said. There was need for discussion on Nagaland ambush issue: Shashi Tharoor slams Centre