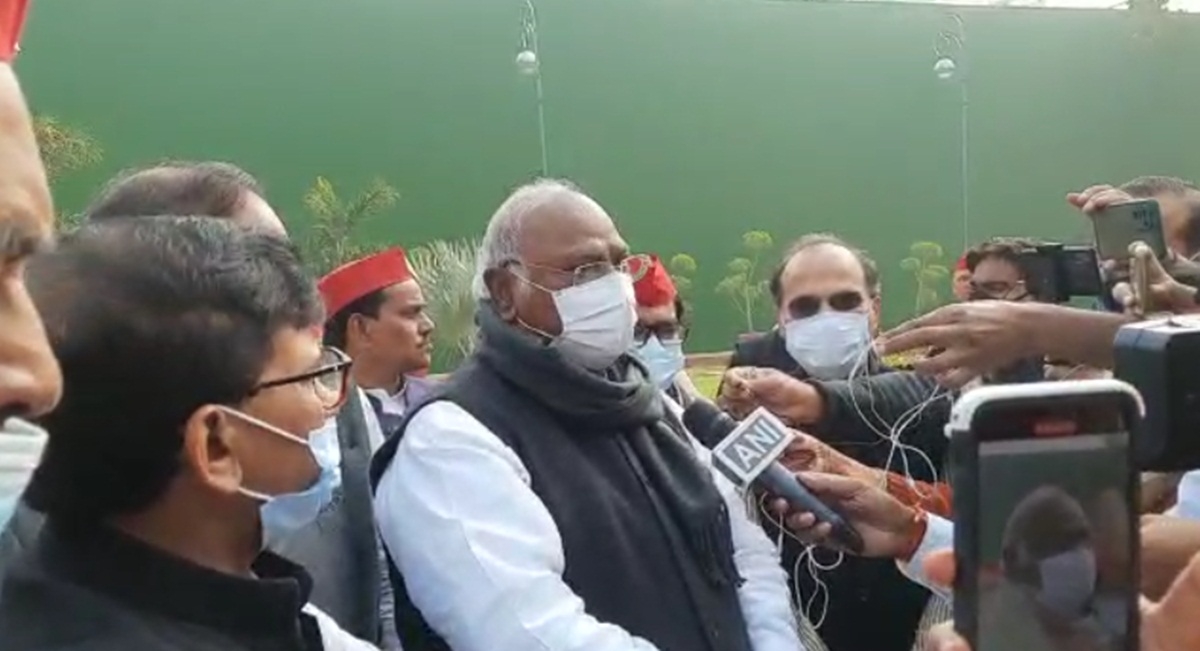 New Delhi: The Opposition leaders have called off their ongoing sit-in dharna against the suspension of the 12 Rajya Sabha MPs for the day as a mark of respect towards Chief of Defence Staff (CDS) General Bipin Rawat and 12 others who lost their lives in a chopper crash.

Leader of Opposition (LoP) in the Upper House, Mallikarjun Kharge on Thursday told ANI, "We have decided not to protest, against the suspension of 12 Rajya Sabha MPs, today in honour of CDS Bipin Rawat and the soldiers who died in the chopper crash and to pay tribute to them. We will also attend Defence Minister Rajnath Singh's address." Shiv Sena's Priyanka Chaturvedi said, "On the solidarity of CDS and others who lost their lives in the crash, we have called off the protest today." "As a mark of respect to late CDS and other jawans who lost their lives in chopper crashed we have suspended our dharma for today and will resume tomorrow," a statement issued by Congress read.

Rajya Sabha has been witnessing back-to-back adjournments since the commencement of the winter session on November 29 over the suspension of 12 MPs. The Opposition leaders have been protesting against the suspension along with the suspended MPs at the Gandhi statue in the premises of the Parliament.

On November 29, the members were suspended for alleged unruly conduct towards the end of the monsoon session in August when marshals were called after Opposition members stormed the Well of the House during the passage of the General Insurance Business (Nationalisation) Amendment Bill, 2021.

Meanwhile, the Indian Air Force (IAF) on Wednesday confirmed the demise of General Rawat, his wife Madhulika Rawat and 11 others, who were on-board the IAF Mi-17V5 helicopter.

General Rawat, India's first CDS, was on a visit to the Defence Services Staff College in Wellington to address the faculty and student officers of the Staff Course when his chopper crashed near Coonoor in Tamil Nadu.