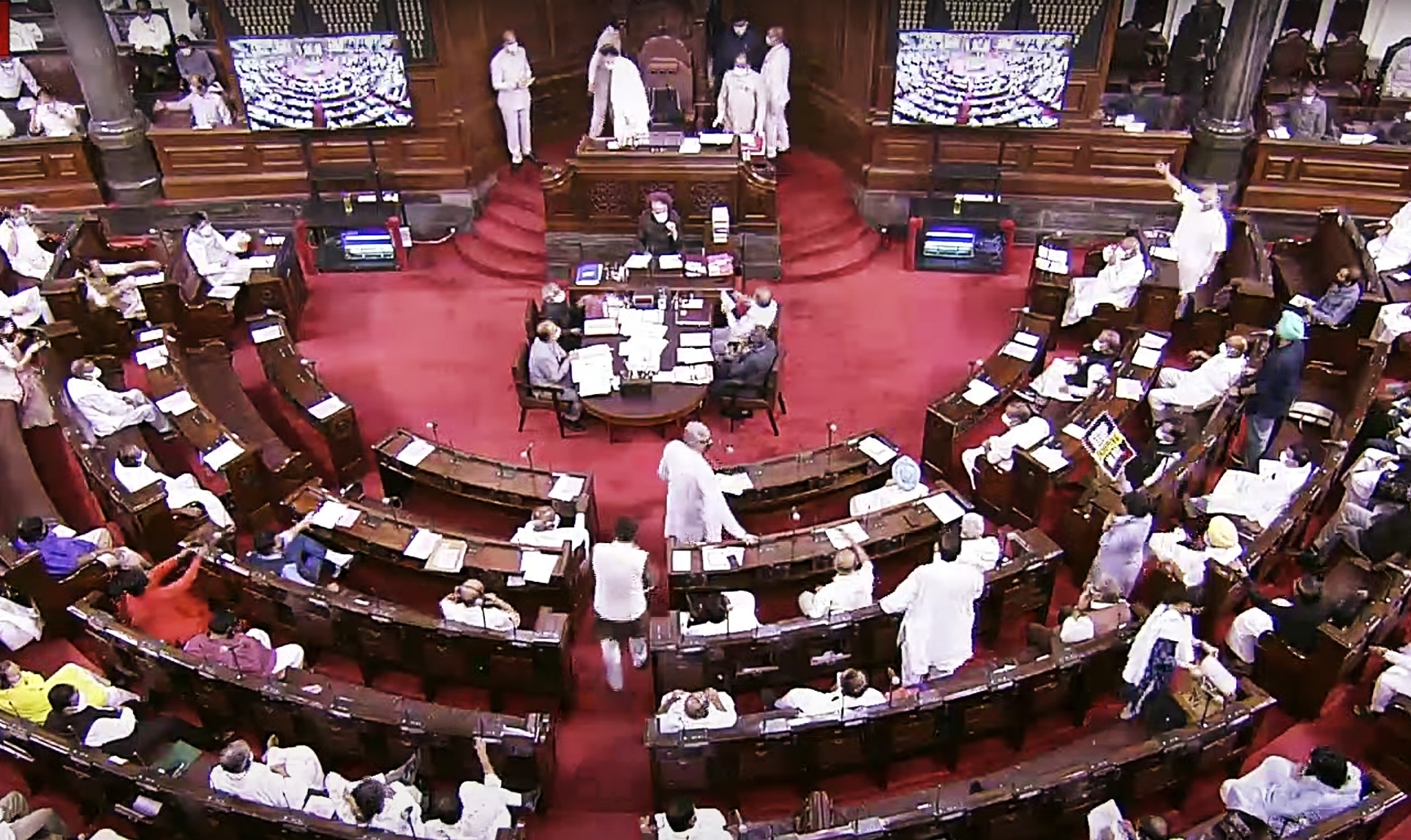 New Delhi: The Rajya Sabha Bulletin has listed discussion on the agriculture issues on Tuesday in which the names of Congress leader Jairam Ramesh and Pratap Singh Bajwa along other MPs are mentioned.

The bulletin states, "To raise a discussion on the agricultural problems and solutions, " as a short duration discussion.

But Jairam Ramesh said, "Tomorrow, in a too clever-by-half move the Modi Govt has scheduled a discussion on 'The agricultural problems and solutions' and added my name to it. The discussion has NOTHING to do with my notice given on July 23rd on the ongoing farmers' agitation."

Derek O'Brien of the Trinamool said, "Dirty tricks of Modi-Shah. Glad you called them out. Opposition speaking in one voice: we want a discussion on internal security (Pegasus). Failed again in trying to divide and rule."

The Congress has been raising the issue of discussion on the Pegasus project under rule 267, but the government is not willing to discuss the issue.

According to the list for Business for Tuesday , Finance Minister Nirmala Sitharaman will introduce The General Insurance Business (Nationalisation) Amendment Bill, 2021 for passage

The Rajya Sabha passed three Bills on Monday before being adjourned for the day. The House passed the Central Universities (Amendment) Bill, 2021 which enables to establish a central university in Ladakh. The Lok Sabha has already passed this Bill.

The Rajya Sabha returned The Taxation Laws (Amendment) Bill, 2021 during which the opposition staged walkout from the House.

The House also passed Tribunals Reforms Bill, 2021 for which the opposition moved a resolution to send it to the select committee, but it was defeated as the government managed numbers in the House.