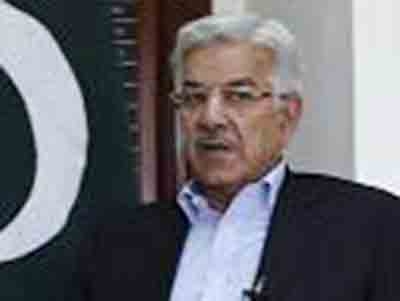 Lahore : Days after Pakistan alleged that an Indian lobby was making “untiring efforts” to block the sale of F-16 fighter jets from the US to it, a top minister has accused India of “supporting” terrorists and separatists, particularly in restive Balochistan, media reports said on Sunday.

Minister of Defence Khawaja Asif on Saturday said that India was “supporting terrorists and separatist groups in Pakistan especially in Balochistan and the issue of Indian terrorism had been raised internationally by Pakistan”.

Talking to Dunya News, Asif claimed that Pakistan Peoples Party’s Husain Haqqani, a former Pakistani ambassador to the US, had lobbied against the provision of F-16s to Pakistan by the US, reports PTI.

“The Indian lobby has been making untiring efforts to reverse the US decision, and a strong attempt, through Senator Rand Paul’s resolution, to block the sale itself,” Prime Minister Nawaz Sharif’s Advisor on Foreign Affairs Sartaj Aziz has told the Senate on Thursday. Congress opposed funding of eight F-16 aircraft through foreign military funding of the United States, he said

The US Congress has initiated a move to block USD 450 million in aid to Pakistan for failing to “demonstrate its commitment” and taking action against the Haqqani terror network. According to the National Defence Authorisation Act, of the total amount of reimbursement and support authorised for Pakistan, $450 million would not be eligible for a national security waiver unless the Secretary of Defence certifies that Pakistan continues to conduct military operations against the Haqqani Network in North