Bharatiya Janata Party's national president JP Nadda slammed Pakistan after a video of a nine-feet tall cold bronze statue of the first Sikh ruler Maharaja Ranjit Singh was on Tuesday vandalised by an activist of the banned Tehreek-e-Labbaik Pakistan (TLP) at the Lahore Fort in Pakistan's Punjab province.

Hitting out at the neighbouring nation, JP Nadda alleged that Pakistan's record in protecting Hindus and Sikhs is anyway very dismal. "We demand that the perpetrators of this heinous attack be punished and the statue be restored to its full glory," he said.

Continuing his attack, Mr Nadda further said that it is deplorable to see the statue of Maharaja Ranjit Singh attacked in Pakistan. "To make matters worse, the silence of the Pakistani authorities is even more deafening. It makes many wonder, is the Pakistani state complicit in such attacks against minorities?" he added.

"Pakistan must also introspect about why such elements get a free run there and destroy the social fabric. A nation that can't guarantee basic respect to diversity, can hardly be expected to live up to humanitarian values," Nadda said.

Apart from Nadda, External Affairs Ministry Spokesperson Arindam Bagchi also said incidents of violence against minority communities, including attacks on their places of worship, their cultural heritage, as well as their private property, are increasing at an "alarming rate" in Pakistan.

It is deplorable to see the statue of Maharaja Ranjit Singh attacked in Pakistan. To make matters worse, the silence of the Pakistani authorities is even more deafening. It makes many wonder, is the Pakistani state complicit in such attacks against minorities?: BJP chief JP Nadda pic.twitter.com/Dyx6pCwc1Z

"We have seen disturbing reports in the media about the vandalisation of the statue of Maharaja Ranjit Singh in Lahore today. This is the third such incident wherein the statue has been vandalised, since it was unveiled in 2019," he said.

For the unversed, the video that has gone viral shows the accused could be seen chanting slogans, breaking the arm of the statue and dismantling Singh's bust from the horse and throwing it on ground before being pulled by another man. The TLP activist has been arrested by the Punjab police, the Express Tribune newspaper reported.

The Lahore Fort's administration said that strict action would be taken against the accused.

Maharaja Ranjit Singh was the founder of the Sikh Empire, which ruled the northwest Indian subcontinent in the early half of the 19th century. 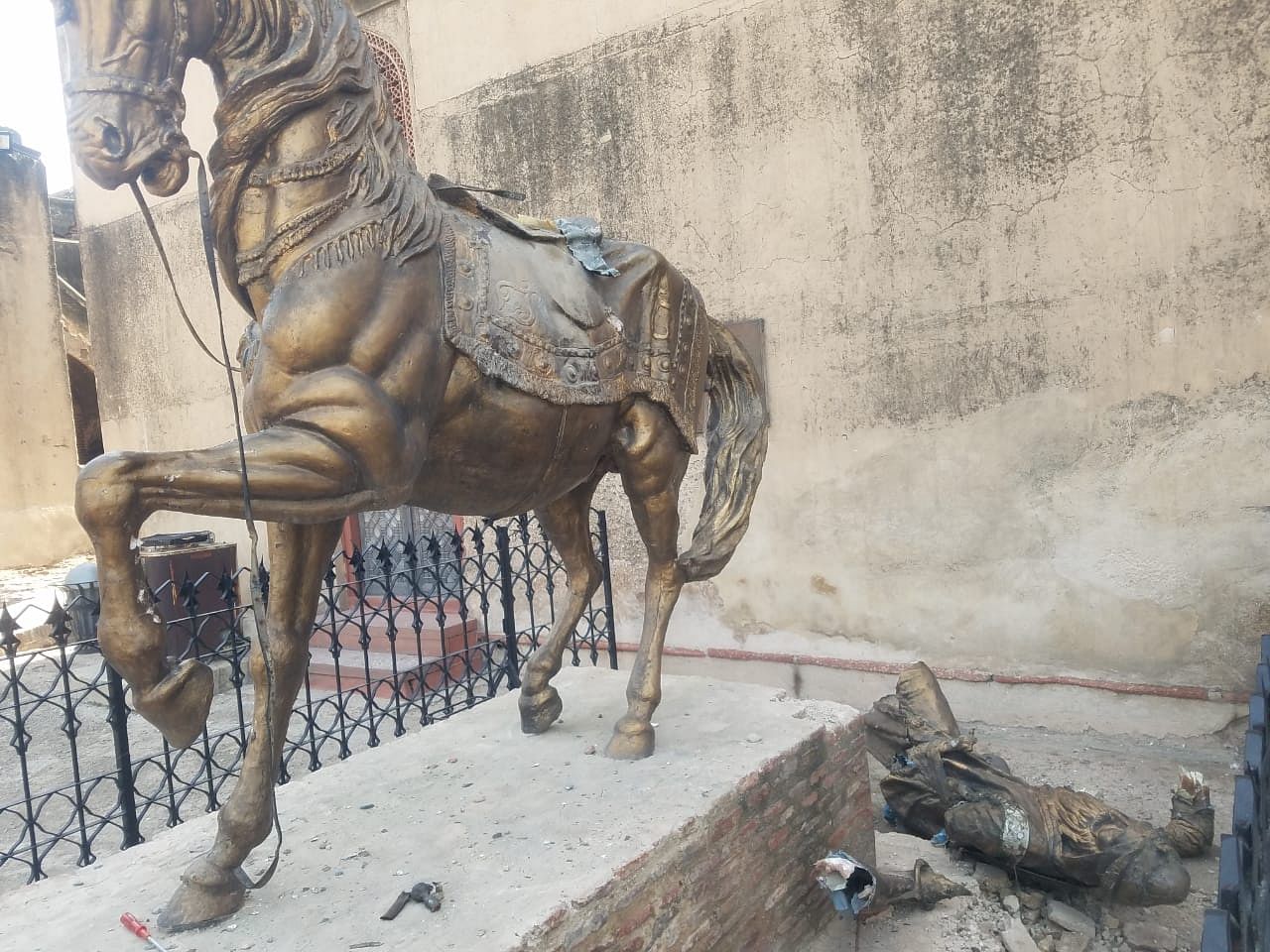